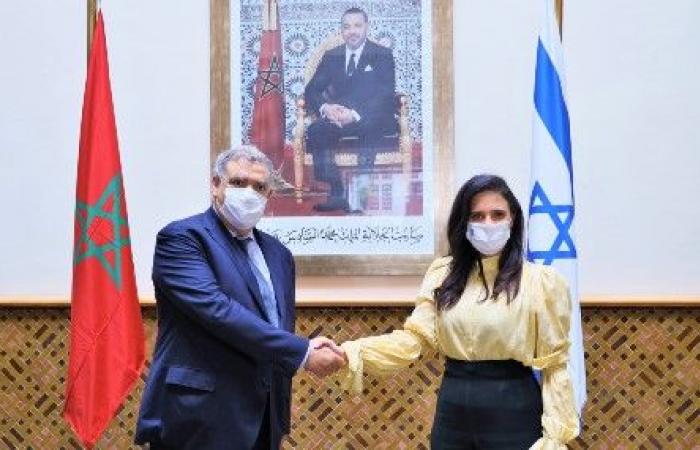 Moroccan and visiting Israeli interior ministers met in Rabat to discuss cooperation prospects, as the two countries foster bilateral ties since the resumption of their diplomatic ties in late 2020.

The meeting, held Tuesday between Abdelouafi Laftit and Ayelet Shaked, is part of the momentum of the trilateral accord signed by Morocco, the USA and Israel and comes in a series of similar meetings between senior Moroccan and Israeli government officials.

Prior to Shaked’s visit, Israeli ministers in charge of trade, the economy, defense and foreign affairs have paid visits to Rabat.

Last month, a delegation of Israeli innovation firms held a meeting with their Moroccan counterparts in Casablanca, in a sign of growing economic interest by the business communities for joint projects.

Israeli media reported that Morocco was planning to open its embassy soon in Israel, upgrading its already existing liaison office there.

Israeli trade minister had announced during a visit to Rabat earlier this year that her country aspires to bolster trade with Morocco to 500 million dollars from 130 million currently, buoyed by increasing connectivity between the two countries.

Morocco also hopes direct air links would attract more Israeli tourists to the country which was once home to the largest Jewish community in North Africa.