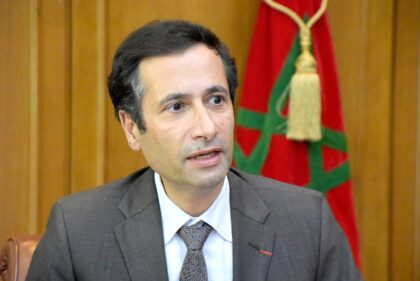 The decision was announced in a statement following a ministerial council chaired by King Mohammed VI in Fez.

Benchaaboun served as a CEO of BCP bank, one of Morocco’s largest lenders, and in 2018 Benchaaboun was appointed finance minister.

He stood out by his leadership and well-thought actions during the Covid-19 pandemic as his department came to the fore as one of the best performing ministries in mitigating, containing the pandemic repercussions and preparing ground for a bounce back.

Amrani is an insider of Morocco’s foreign ministry. He served as Secretary General of the ministry and was appointed ambassador to Pretoria.