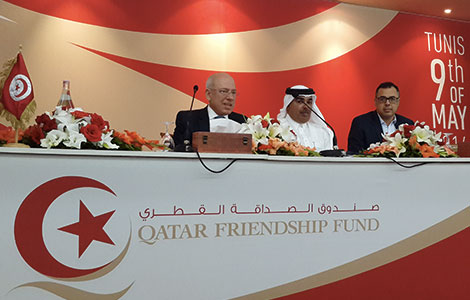 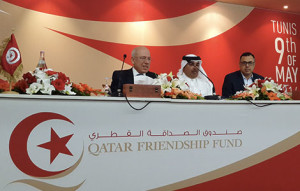 Tunisian youths are being offered an opportunity by the Qatar Friendship Fund (QFF) to venture into entrepreneurship as the country’s economy continues to struggle.  Youths from the rural areas are expected to benefit from four agreements which were signed by Qatar’s Ambassador to Tunisia who also doubles as the Chairman of the Qatar Friendship Fund, Abdullah bin Nasser Al Humaidi with different partners. Amongst the partners are the Tunisian government which was represented by the Minister of Employment and Vocal Training Hafedh Lamouri while three other establishments also signed on their own behalf.
According to Ambassador Al Humaidi, the foundation is pleased with the outcome of its projects in Tunisia and hoped that new collaborators will contribute to their achievements and serve the interest of the youths. He hailed their partnership with the Tunisians and singled out the success of the Bank of Small and Medium Sized Enterprises with whom they have been able to initiate around 146 projects.
After signing the new four deals, the Ambassador hopes that the Tunisian youths that are targeted by the deals will benefit from them. He said the joining of new partners would have a positive impact on Tunisian youth, especially those in remote areas, pointing out that the partnerships reflected the extent of mutual trust between the Qatari and Tunisian peoples.
One of the deals is signed with Tunisia Entrepreneurship Network. The objectives of the deal is to open six offices in as many areas in the northern, central and southern Tunisia, and support 80 projects which will provide about 1,030 jobs before 2014. Employment has been on the decline since the revolution ended.
Qatar Friendship Fund wants to promote private initiatives with the help of local institutions.