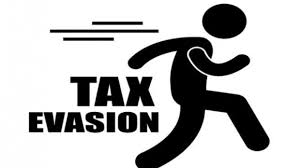 But it was not clear if Tunisia was put on the Grey list like Morocco. The grey list comprises countries that are given time to reform.

The bloc Tuesday published a new review of its non-cooperative countries known as countries favorable to tax fraud, evasion and avoidance.

Tunisia and 24 other countries fulfilled their 2017 commitments, the EU bloc said in a statement Tuesday.

Ten other countries, including the UAE, are on the black list, which was approved by EU finance ministers.

Those jurisdictions did not implement the commitments they had made to the EU by the agreed deadline.

The EU also extended deadlines to 11 jurisdictions to pass the necessary reforms to deliver on their commitments.

The list was first put together in 2017 to name and shame “non-cooperative jurisdictions for tax purposes”.

The 28-nation EU set up the blacklist in December 2017 after revelations of widespread tax avoidance schemes used by corporations and wealthy individuals to lower their tax bills.

Blacklisted states face reputational damages and stricter controls on transactions with the EU, although no sanctions have yet been agreed by EU states.