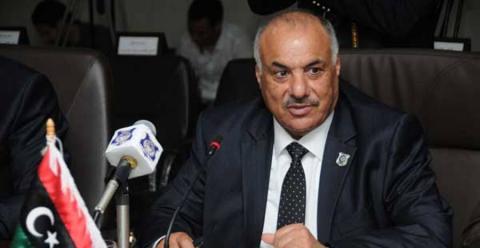 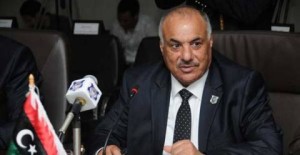 Libya has begun to send warnings to its Mediterranean neighbors and European countries at large that they will have to collaborate in efforts to stop the influx of would-be migrants hoping to reach Europe with boats. Interim Interior Minster Salah Mazek told a news conference that Libya has already had “paid the price” of the influx and will soon open its gates to “facilitate” the crossing of the immigrants towards Europe.
Since the uprising against the Gadhafi regime, Libya has become a major transit point for illegal migrants. A furious Salah Mazek told those present at the press conference that the “the world and Europe in particular” should take his “warning” seriously because “Libya has paid the price” and “now it’s Europe’s turn to pay.”
Minister Mazek said Libyans are “suffering” from the thousands of mainly sub-Saharan Africans coming into the country and spreading diseases , increasing the country’s crime rate and drug trafficking. He promised that the world and Europe “do not assume their responsibilities; Libya could facilitate the transit of this flood of immigrants towards Europe.”
Thousands of migrants have been able to cross the Mediterranean Sea into Italy since the war in Libya started. Many have also lost their lives at sea. 340 illegal migrants were rescued by the Libyan navy on Monday off the coast of the western town of Sabratha when their boat began to take on water. The Italian navy has also been busy with rescue missions.
Libya has long been a springboard for Africans seeking a better life in Europe, and the number of illegal departures from its shores is rising. Migrants come from eastern and western Africa and most of them hope to seek asylum in Europe.