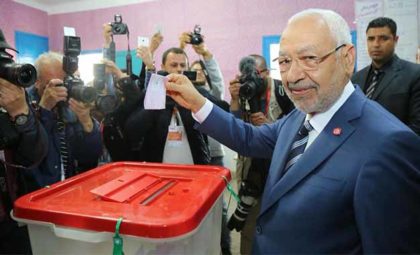 The criminal court of the first instant tribunal of Tunis has published a list of 19 politicians including Rached Ghannouchi, speaker of the country’s suspended legislature, former Premier minister Youssef Chahed and Nabil Karoui, the leader of the second largest party in the parliament. All of them accused of electoral crimes including political advertising, illegal advertising via social networks and violation of electoral silence, reports say.
The court reportedly said it based the lawsuits on Article 24 of Law 41-2019 on the Court of Auditors in connection with 2019 presidential and legislative polls.
The move by the court comes nearly one month after President Kais Saied lambasted the country’s judicial authorities for dragging foot in the implementation of recommendations of the Court of Auditors after it highlighted electoral discrepancies during the elections won by the leader of the country and which also propelled Karoui’s party Heart of Tunisia in the position of the country’s second leading political movement.