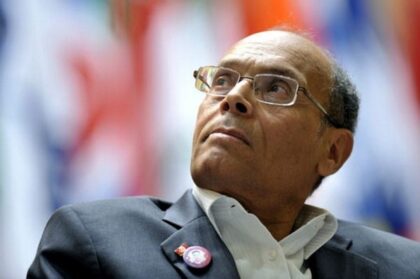 Tunisian President Kais Saied has ordered the seizure of the diplomatic passport of former President Moncef Marzouki, whom he accused of treason against the State.

The move comes after Marzouki said he was happy to have contributed to the postponement to next year of the 18th Summit of the International Organization of Francophonie that was scheduled to take place next month in Djerba.

“You know how some people have gone abroad to beg, to harm the interests of the country (…) I consider that he cannot take advantage of this privilege, when he travels the world and meets people to harm Tunisia,” the Tunisian leader said.

Wednesday, the International Organization of Francophonie (OIF) decided to re-schedule the summit, after several countries had expressed their reluctance to attend the gathering following the seizure of executive power by President saied. In the wake of the announcement, parliament of the organization suspended the North African country over democratic deficit.

On July 25, President Saied seized the executive power, froze the activities of the parliament and suspended lawmakers’ immunity.

Marzouki who is currently in France, has been a staunch opponent of the move. Speaking following the postponement of the summit, the former President said he was proud to have contributed to the decision. “I am proud to have participated in this, we cannot invite democratic heads of state in a country that has just experienced a coup d’état, because in this way, we support it,” he said.

In reaction to Saied’s decision to strip him off his diplomatic passport, Marzouki said he disregards the decision, adding that he neither recognizes Saied nor his cabinet which has not been validated by the parliament.