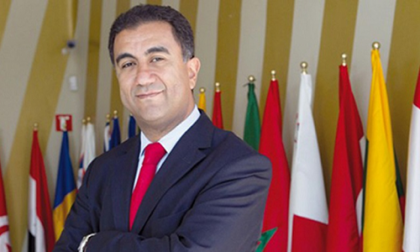 Moroccan diplomat Fathallah Sijilmassi has become the first Director General of the African Union Commission, a new position set up by the AU summit held in Addis Ababa in 2018.

Sijlimassi was picked up for the job after undergoing a rigorous selection process based on transparence and merit. His new mission includes the coordination between various bodies of the AUC and AU member States to ensure a better performance of the African Union Commission.

His selection for the AU body shows the trust and credibility Morocco enjoys within the African Union and across the Continent.

Sijilmassi served as Secretary General of the Union for the Mediterranean, and as Morocco’s Ambassador to France (2004-2009) and the European Union (2003-2004).

Sijilmassi had also been ambassador of Morocco in charge of the Barcelona Process and the Mediterranean dialogue of the North Atlantic Treaty Organization (NATO).

He was also Head of the Moroccan Investment Development Agency. He played a key role in Morocco’s FTA talks with the EU, the U.S. and with several Arab and African countries. He holds a PhD in Economics and worked as a banker in Milan (1989-1992).