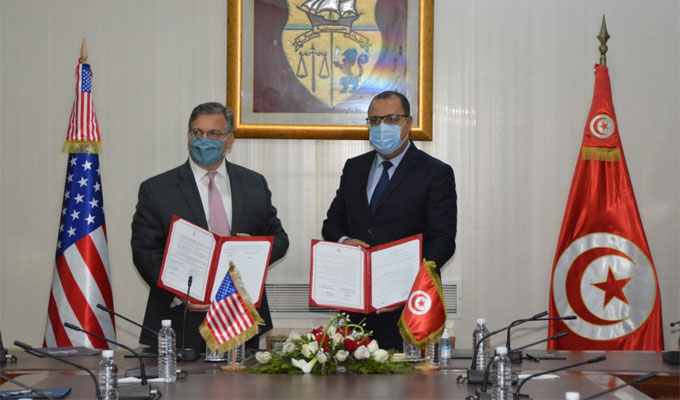 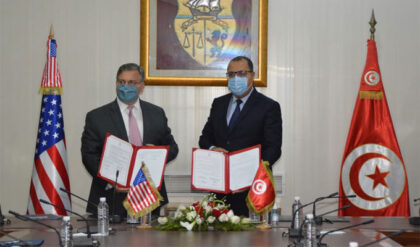 Tunisia’s interior ministry and the US embassy in the North African signed Monday a memorandum of understanding, MoU, aiming at cooperation between the two countries in the area of the fight against terrorism, reports say.

Tunisian Prime Minister, Hichem Mechichi who also doubles as the country’s interior minister noted that the deal is in line with the security assistance strategy between Tunisia and the USA and seeks to promote security cooperation between the two countries in the fight against terrorism and in the field of training and border protection, Webdo Tunis reports.

Per the deal, both countries pledged to install electronic surveillance systems and exchange information and expertise. It also provides for the supply of equipment to Tunisia.

Tunisia is a key ally of the US in security matters, and their cooperation has recently increased after the North African country witnessed a rise in violence and militancy.

Tunisia suffered three major attacks in 2015 that killed dozens of people mostly foreign tourists. Last year in March, two subside bombers blew themselves, killing one policeman near the US embassy in the capital Tunis.