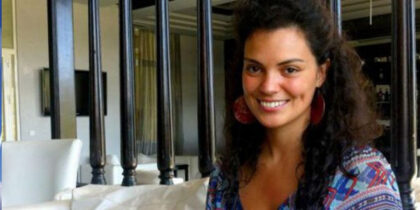 Moroccan researcher Djalila Ben Bouchta has received in Rome the “ENI Award 2020” which seeks to promote better use of energy sources and encourages innovation.

Ms. Ben Bouchta was handed the prize dedicated to “Young talents from Africa” during a ceremony chaired Thursday by Italian President Sergio Mattarella in presence of Moroccan ambassador Youssef Balla and several other personalities.

Ms. Ben Bouchta was rewarded for her multi-disciplinary approach in providing energy services to enable the productive use of energy for female entrepreneurs in sub-Saharan Africa.

These awards have been set up in 1987 by the Italian oil & gas company ENI to encourage scientific and environmental research for better use of energy sources.