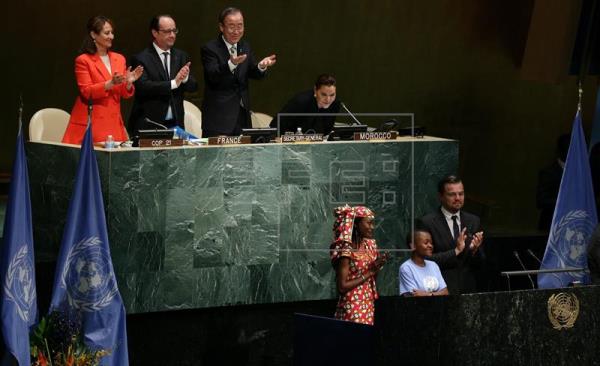 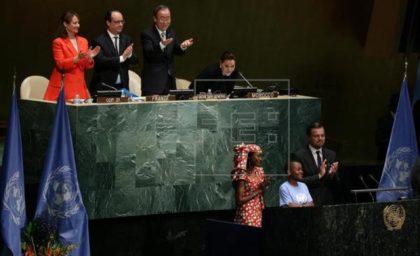 Morocco has submitted its ratification documents of the Paris Agreement to the UN general assembly in New York, thus joining the 60 other countries that have adhered to the climate deal.

In a comment on this ratification, Morocco’s foreign minister Salaheddine Mezouar, who is also the COP22 president, said Morocco’s adherence to the Paris agreement is a watershed that confirms the Kingdom’s steadfast climate commitment.

The agreement is in line with Morocco’s climate goals as it seeks to reduce greenhouse gas emissions by 32% by 2030.

The UN Secretary General Ban Ki-moon is confident that the Agreement will come into force in 2016. “I appeal to all leaders to accelerate domestic arrangements to join this year. What once seemed impossible now seems inevitable. When this year ends, I hope we can all look back with pride knowing that we seized the opportunity to protect our common home,” said Ban Ki-moon.

In early September, the world’s two largest emitters, China and the United States, joined the Agreement.

Adopted in Paris by the 195 Parties to the UN Framework Convention on Climate Change (UNFCCC) at a conference known as COP21 this past December, the Agreement calls on countries to combat climate change and to accelerate and intensify the actions and investments needed for a sustainable low-carbon future, and to adapt to the increasing impacts of climate change. Specifically, it seeks to limit global temperature rise to well below 2 degrees Celsius, and to strive for 1.5 degrees Celsius.