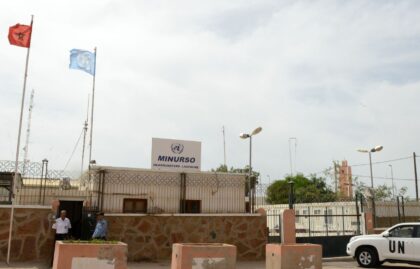 UN Secretary General Antonio Guterres has underlined Morocco’s strong commitment to the ceasefire and full cooperation with MINURSO, citing logistical, medical and security supports provided by the Kingdom to the UN mission and its demining operations.

In his report submitted recently to the UN Security Council on the Sahara, Mr. Guterres reiterated “Morocco commitment to the ceasefire”, while exercising the right to respond to provocative actions by polisario militias.

The overall impact of the Covid-19 pandemic on MINURSO operational activities remained moderate thanks to the full cooperation of Moroccan authorities, said the UN Secretary General in his report.

Morocco has facilitated the freedom of movement of MINURSO, the air travel of its civilian & military staff to and from their duty stations, by granting access to special commercial international flights, he stressed.

The MINURSO military and civilian staff received vaccines against Covid-19 provided by the Royal Moroccan Army and the Ministry of Health, said Mr. Guterres, commending this initiative which shows Morocco’s full respect of its international commitments to ensure the safety and security of peacekeepers.

Furthermore, “cooperation and communications at the strategic level between the MINURSO and the Royal Moroccan Army has remained unaltered”, affirmed the UN Chief in his report.

The Security Council members are expected to vote on a draft resolution to renew MINURSO’s mandate, which expires on October 31.

Last week, the UN Secretary General appointed Staffan de Mistura as a new UN Sahara envoy in replacement of German Horst Köhler who stepped down in May 2019.