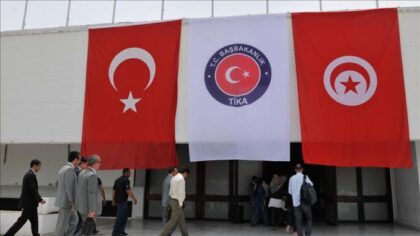 Tunisia has demanded the review of the free trade agreement with Turkey in a bid to protect national production, the Tunisian minister of Trade has announced.

Mohamed Boussaid told local daily La Presse that the trade balance with Turkey has been very disadvantageous for Tunisia.

Tunisia and Turkey signed in 2005 a free trade agreement as part of the efforts to boost ties between the two countries.

“The problem does not only concern our trade with Turkey. However, we have officially demanded to review the terms of this agreement which dates back to 2005, because it is our duty to protect local production,” Boussaid said.

The review process will take a long time, Boussaid noted.