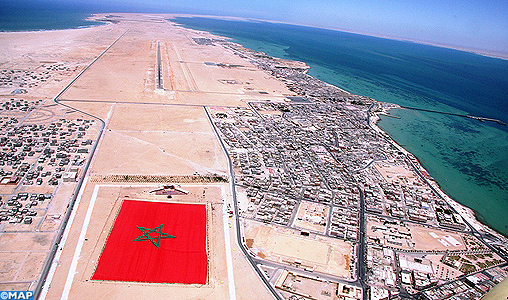 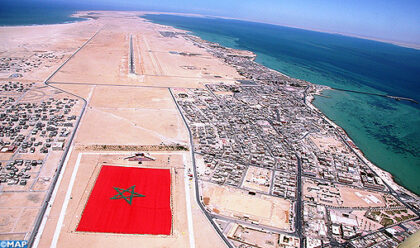 A delegation including the ambassadors of Jordan, Saudi Arabia, Oman and Yemen to Morocco visited Dakhla on Thursday to explore the investment opportunities and economic assets in the region.

This visit, organized by the Dakhla-Oued Eddahab Regional Council in cooperation with the Diplomatic Foundation, is part of initiatives aimed at informing representatives of foreign delegations and members of the diplomatic corps accredited to Morocco of the development dynamics in the southern provinces in general and the Dakhla-Oued Eddahab region in particular.

The delegation members held talks on this occasion with the president of the regional council of Dakhla-Oued Eddahab, Khattat Yanja, on the development process in the pearl of southern Morocco, in addition to investment opportunities, major projects completed and those underway.

Speaking to reporters, the Saudi ambassador to Morocco, Abdullah bin Saad Al Ghurairi, underlined the importance of this visit, which allowed the diplomatic delegation to learn about the investment opportunities offered by the region of Dakhla-Oued Eddahab and the achievements made in several sectors.

The diplomat said he was impressed by the outstanding projects completed “in record time”, expressing his wish to see these projects develop further to enshrine Dakhla’s status as an emerging economic destination.

This visit is an opportunity to learn about current and future projects in the Dakhla-Oued Eddahab region that can contribute to the creation of more employment opportunities, he added.

For his part, the president of the Diplomatic Foundation, Abdelati Habek, stressed that this visit is part of parallel diplomacy efforts, which include organizing a series of trips, meetings and field visits for ambassadors accredited in Rabat in all the regions of the Kingdom.

The Arab diplomats have thus the opportunity to see firsthand the social and economic development undertaken in the region of Dakhla-Oued Eddahab, and to be briefed on the main lines of the development model in Morocco’s southern provinces, Habek added.

He also underscored the importance of presenting to the ambassadors all the flagship projects completed or underway in various areas, including renewable energies, seawater desalination, road construction and other infrastructures, adding that this effort will help increase investment opportunities in the region.

After Dakhla, the delegation of Arab ambassadors will make a similar visit to the city of Laayoune on Saturday.