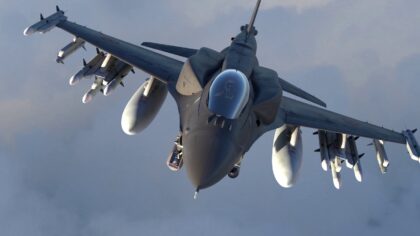 Morocco’s order of an additional 25 F-16C/D Block 72 fighter jets is on course of completion after the U.S. Air Force has awarded Raytheon Technologies a $212.05 million delivery order to provide fighter aircraft engines.

In March 2019, the State Department approved the sale to Morocco of 25 F-16C/D Block 72 jets, built by Lockheed Martin and 29 Pratt & Whitney F100-229 engines and other related equipment from the U.S. government under a potential $3.9 billion deal.

This delivery will further bolster Morocco’s air force supremacy in the region as the North African country plans to revamp its operating fleet of 23 F16 with state-of-the art electronic systems and weaponry for $983 million.

Separately, Morocco is filling the gap in terms of offensive air capabilities by placing an order for 36 mighty Apache helicopters and related equipment for a total cost of 4.25 billion dollars.

The agreement paves the way for an all-out cooperation in the strategic military field, the procurement of arms and equipment, military training in all sectors, as well as intelligence exchange between the two countries.