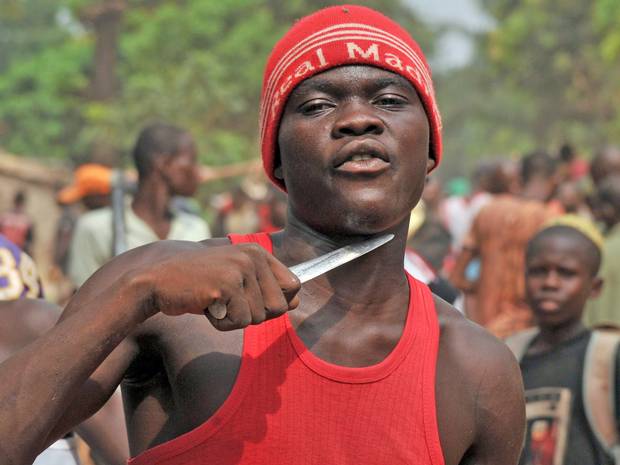 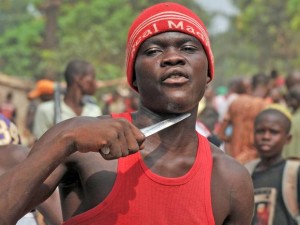 Muslims in the Central African Republic (CAR) were facing “ethno-religious cleansing” as French troops struggle to contain the Christian ‘anti-balaka. militias, warned UN High Commissioner for Refugees, Antonio Guterres, in an interview with FRANCE 24 earlier this week. This warning comes after an alarming discovery by French troops on patrol in a rural region west of Bangui, CAR’s capital city, highlighting the seriousness of the sectarian conflict that threatens to divide this impoverished nation.
At an abandoned army base, huge cargo containers spill out masses of heavy weapons, including 120 mm mortars, rockets and rocket launchers. Troops from the First Parachute Hussar regiment also found an anti-tank mine with a large explosive charge and lots of more munitions that could have been left behind by any of the number of armed groups that continue to operate, in some shape or form, in this lawless region. To that end, while the UN High Commissioner for Refugees warned of “a humanitarian catastrophe”, the UN Security-General, Ban Ki-moon, on Tuesday (11 February) warned that the CAR could be split in two – a Christian and Muslim-dominated ones. He coupled it with a warning that the international response doesn’t yet match the gravity of the situation and a plea for global action.
Adding to these appeals for international action to prevent the ongoing bloodshed from escalating, Amnesty International warned that “ethnic cleansing” was being carried out against Muslim civilians in the CAR, drawing on at least 200 killings of Muslim civilians by Christian militia groups known as the ‘anti-balaka’ that were documented by the London-based organization. The country slipped into chaos after the predominantly Muslim Seleka rebels deposed president François Bozizé in a coup in March 2013. The rebel group was officially disbanded after it seized power, but some of its former members launched a campaign of killing, raping and looting, prompting some communities in the Christian-majority nation to form vigilante militias. However, unlike in the earlier stages of the conflict, it is now the so-called ‘anti-balaka’ that are now seen to have become the main threat to peace and security in the country.