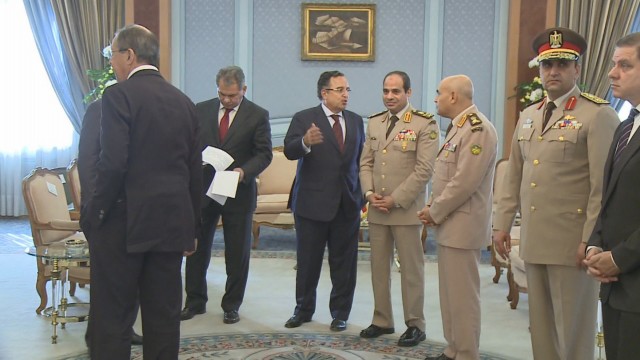 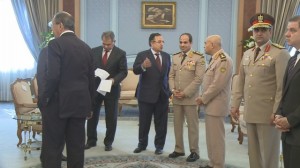 On a two-day visit to Moscow, Egyptian army chief Field Marshal Abdel Fattah al-Sisi was on Wednesday accompanied by Foreign Minister Nabil Fahmy to seal a lucrative arms deal and discuss areas of cooperation “in multiple fields”. The US$2 billion arms deal will mainly be funded by Saudi Arabia and the UAE. The expected Russian air defense missile systems and other weapons deal is seen as a shift of Egyptian foreign policy in some quarters.
Egypt’s alliance with Russia dates back to 1950 when the Soviet Union supported the late nationalist leader Gamal Abdel-Nasser’s ambitious drive to modernize the Arab nation and create a well-armed military. The purchase would highlight the Gulf’s support for Egypt’s post-coup authorities said Mustafa Al Ani, head of the UAE-based think tank Security and Defense Studies at the Gulf Research Centre. “This is a real investment in helping Egypt’s democratic experience succeed through assistance, military aid and other means.”
Russian Foreign Minister Sergey Lavrov and Defense Minister Sergei Shogiu visited Cairo three months earlier in a bid to expand Kremlin’s influence in Egypt at a time when Egypt-US relations were at a meltdown. US withdrawal followed the forceful removal of President Morsi from power and a crackdown on supporters of the Muslim Brotherhood. After Israel, Egypt has been the largest recipient of US bilateral foreign assistance in the Middle East until recently when a huge amount of annual aid was frozen.
To compensate for the gradual withdrawal of US support, the Arabian Gulf countries have backed Field Marshal El Sisi’s potential candidacy. El Sisi is expected to announce his candidacy for the April Presidential elections. He has become a popular figure in Egypt where many see him as the nation’s savior after ousting former President Morsi.