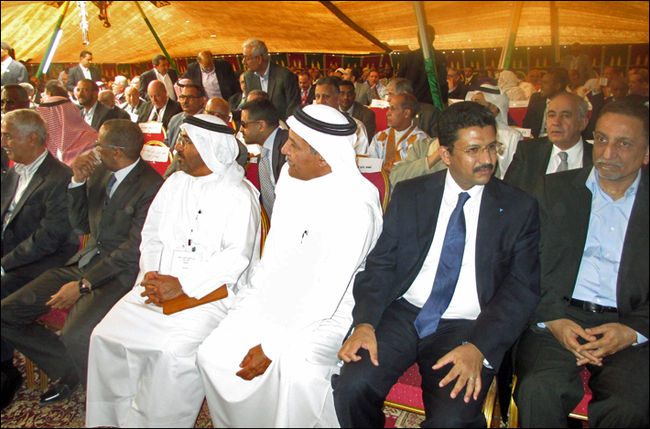 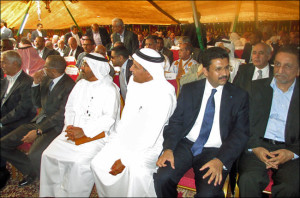 About 500 entrepreneurs from the Gulf States, the Maghreb, Europe, and Mauritania, as well as officers of a number of different international organizations, attended the first Mauritania Investment Forum that took place in the Nouadhibou Free Zone on January 26-27. The event that was opened by Mauritania’s President Mohamed Ould Abdel Aziz, was later crowned by signing of five investment agreements worth about 625 million euros. The country also signed an agreement of understanding with the Arab Organization for Agricultural Development.
The main objective of the investment forum was to make Mauritania benefit economically through the foundation of a free zone as well as its political stability and security in recent years as formulated by the head of the Nouadhibou Free Zone, Mr Ismail Ould Beddah Ould Cheikh Sidya. He stressed that the Forum also aimed to motivate the country and the private sector in Arab countries to participate in Mauritania’s development goals.
President Ould Abdel Aziz saw the presence of many international investors as a proof that the government is instrumental in consolidation and strengthening of investment environment such as protection of FDI, their continuity, and freedom including reduction of red tape and review of tax systems. He said that the forum is undoubtedly an opportunity for Mauritania to take off economically. Moreover, Mauritania’s Minister of Economic Affairs, Sidi Ould Tah, pointed out that the investment forum and increasing interest of investors would not be possible without stability and security, which are provided by the state adopting open economic policies under the new investment law.
Some believe that Mauritania serves as a good example of a country promoting investment, providing security, and seeking to attract new investors especially from the Maghreb and Arab countries. Although the country is still less economically developed than other Maghreb countries, it has the potential to significantly contribute to the Maghreb economic integration.