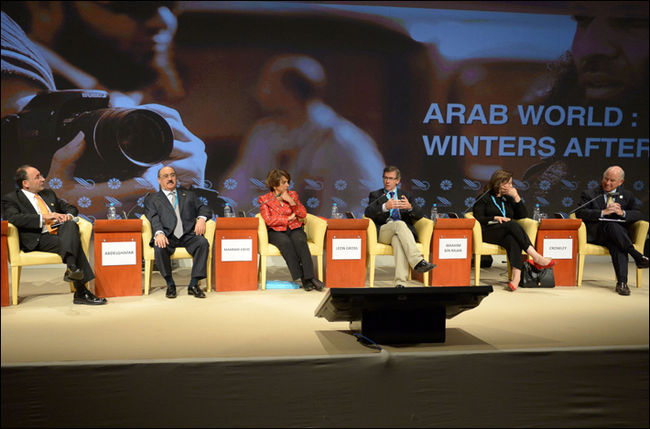 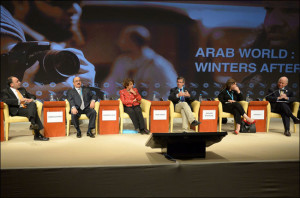 Maghreb, African, and European leaders met in Tangier during an event whose aim was to discuss the joint endeavor towards protection of the Sahel region. The meeting concluded that security in general, and specifically dealing with challenges coming from increasing instability across the region, is the most important issue. Therefore, all sides have agreed to establish a 5+5 working group between the Maghreb and Sahel countries.
Brahim Fassi Fihri of ‘Amadeus Institute’ said that the Maghreb faced the same socio-economic, political and development challenges as the region of Sahel, which is why he hopes the Maghreb countries could help their Sahel partners. The summit concluded by signing the joint “Tangier Declaration” calling for an “inclusive response” to the destabilization of the Sahel region by armed groups. The participants also stressed the importance of permanent consultations and information-sharing to deal with terrorist groups who endanger the region.
With regard to Libya, for example, the Tangier Declaration called on the international community to help the country to finalize its ongoing transition. Libyan Foreign Minister Mohamed Abdelaziz said that the security issues currently present in North Africa and the Sahel-Sahara region affected the region. He emphasized that international and regional cooperation is crucial. The Tangier Declaration also appealed to the international community to support all endeavors that could boost Maghreb integration, such as a summit of heads of state or solving the border issue between Algeria and Morocco.
Moussa El Mouritani, an expert on Islamist movements, described this year’s declaration as much more pragmatic and down-to-earth than its last year’s version. In his opinion, the first reading of the Forum’s main “bullets” highlights the need for the participants to take effective and joint action against the threat of terrorism in the Sahel.