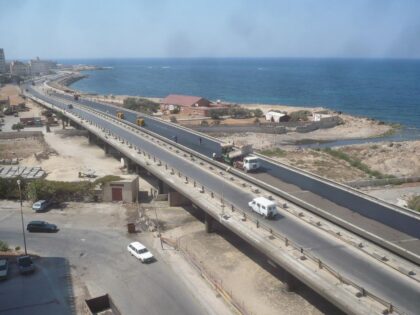 Italian companies will build Libya’s largest highway that will link both countries going through Tunisia and Egypt, Rome has said.

The first section of the highway to be located in the East of Italy, will soon be unveiled, Di Maio said.

Libyan Prime Minister Abdul Hamid Dbeibah and his Italian counterpart Mario Draghi early this month discussed the activation of the Italian Treaty of Friendship which includes a number of projects such as the highway project.

The project stems from the 2008 Italy-Libya pact providing for an Italian investment worth €5 billion in Libyan infrastructure as compensation for the colonial period.

Italy, former colonizer of the Arab country, has positioned itself as a leading partner of Libya. It has thrown its weight behind Dbeibah’s Government of National Unity (GNU) formed to lead the crisis-hit African to December elections.

Newer PostSahrawi ASADEDH Association calls for the issuance of an arrest warrant for Brahim Ghali, hospitalized in Spain
Older PostClimate Summit: Africa between expectations and urgency to act