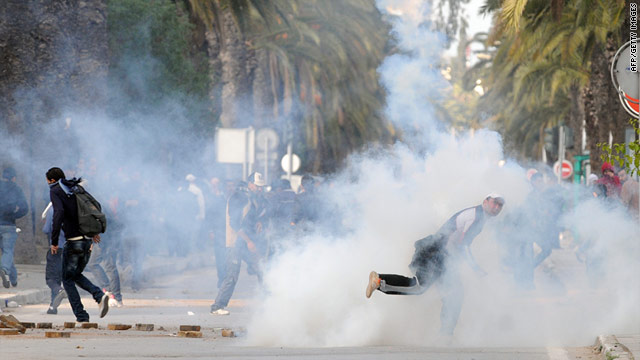 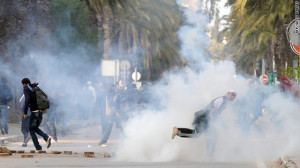 The oasis town of Ghardia located 600 kilometers south of the capital and dubbed to be a major drug trafficking point is entangled in sectarian violence between the Chaamba community of Arab origin and the Mozabites, a Berber minority group which adheres to the Ibadi faith, an offshoot of Shiite Islam. Recent clashes have left at least one people dead and dozens of people injured. There are claims that foreign parties are behind the violence but the government has denied it. Elections are scheduled to be held in April.
Tensions in Ghardia have been rising for the past weeks before getting out of control during the weekend. The town came to a halt after the violence forced residents to stay indoors. According to Spokesman Ahmed Baba Aissa of the Ghardaia coordination committee, formed in December last year to defuse the tension, said neighborhoods have been coming under attack in the past weeks. He said the Sunday attack by “a group of youths” was done on “five neighborhoods…simultaneously”. The police were only able to restore calm in the morning.
Algeria is preparing for presidential elections in April. The elections are crucial in the country because President Bouteflika could be forced to step aside due to health complications. Hamou Mesbah, a senior member of the opposition Socialist Forces Front (FFS) in Ghardaia questioned the timing of the violence as he related it to the elections. He claimed that “the problem is that Ghardaia is fertile ground for stirring unrest” and “a gang of criminals”, with the help of the police, “want to create trouble” in the drug trafficking “transit town”.
Interior Minister Belaiz said there is “no tangible proof” of foreign parties fuelling the violence. Ghardia has experienced sectarian violence before.