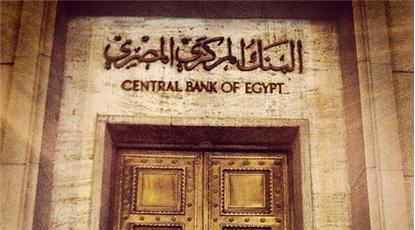 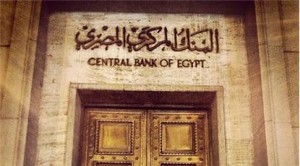 Egypt’s gross domestic product (GDP) growth rate continued to slow down in the first quarter of the 2013/2014 fiscal year to reach slightly more than 1 percent compared to 2.1 percent in 2012/2013, according to the Egypt’s Central Bank. Deputy CBE governor Ranaia al-Mashat said in his statement that economic activity remained sluggish in the first quarter of 2013/2014 and has been characterized by fragile growth rates in the majority of economy’s sectors – manufacturing and construction, petroleum sectors and in tourism.
Meanwhile, levels of investment remained very low given increasing risk and uncertainty due to political instability that faced market economies since the beginning of 2011 as well as slow credit growth in the private sector. The Egyptian Central Bank maintained interest rates fixed on deposit and lending rates at 8.25 percent and 9.25 percent respectively because of worries that dollarization could resume. The American currency remained steady against the pound during recent months. The dollar was equal to almost 7 pounds for buying and exactly 7 pounds for sale on the official exchange market.
Mr Mashat added that a risk still lingers that a further slowdown in growth rates could continue due to the political unrest and demonstrations accompanying the recent constitutional referendum in the country, slumbering foreign direct investments, problems facing the euro zone, and slowing growth rates in developing and emerging economies.
According to the latest International Monetary Fund (IMF) forecasts, there is generally a rising confidence in Egypt’s economic prospects for 2014 thanks to the country’s planned tax and subsidy reforms, which should translate into more positive numbers in terms of budget deficit. The consumer price inflation was foreseen to attain almost 11 percent by the end of the 2013, and reach up to 11.6 percent in 2014 as Cairo implements subsidy cuts.

North Africa Post's news desk is composed of journalists and editors, who are constantly working to provide new and accurate stories to NAP readers.
NEWER POSTAlgeria : sectarian violence in Ghardia
OLDER POSTLibya : State of emergency in the South