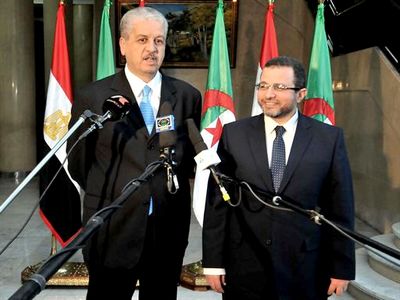 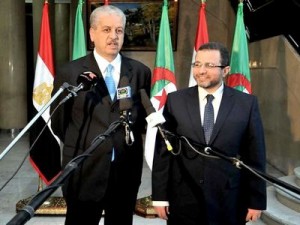 The Egyptian government is reportedly seeking financial assistance from Algeria in the form of a $2 billion deposit.
Egyptian government sources were quoted by the media as saying that the matter would be discussed at the talks Egyptian Prime Minister Hisham Kandil is holding this week in Algeria with Algerian officials, including with Premier AbdelMalek Sellal.
Newspaper al-Masry al-Youm quoted an official source as saying that “Egypt will negotiate a deposit worth $2 billion to be put in the central bank” but gave no further details on the form of this assistance.
Egypt is in dire need of financial assistance from foreign donors to cope with the crisis crippling its economy since the collapse of Hosni Moubarak’s regime in February 2011.
Depletion of the central bank’s hard currency reserves which went down since the beginning of 2011 from $36 to 14.4 billion dollars, is jeopardizing the country’s ability to import essential commodities like fuel or wheat.
Egypt has sought assistance from Gulf countries, mainly Saudi Arabia and Qatar, and requested a $4.8 billion loan from the International Monetary Fund to shore up its finances mainly its soaring budget deficit.
However, to secure the IMF loan, Egypt needs to present to the international financial institution an economic reform program, including reform of the tax and energy subsidy systems.
According to press reports, the ministerial committee drafting the program will finalize its work before the end of the current month and before the expected visit of an IMF delegation to finalize talks on the loan.