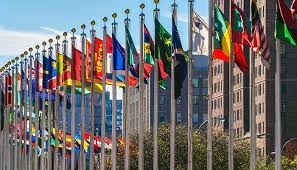 The UN Security Council has ended its briefing on the Sahara territory without a statement as the UN mission in the Sahara continues business as usual giving a cold shower to the Polisario and its mentor Algeria who have seen their propaganda about an imaginary war in the territory collapse on the UN rock.

UN sources told AFP that the MINURSO and the Security Council did not judge that there is a « state of war » in the Sahara, as the Algerian and Polisario’s propaganda pretend.

During the routine half-annual video conference meeting, held behind closed doors, MINURSO head Colin Stewart briefed the council about the hurdles posed by the Polisario to the work of the UN mission to accomplish its ceasefire monitoring mission.

The Council was also briefed on the consecutive impediments posed by Algeria to the process of finding a successor to Horst Kohler, the outgoing UN Special Envoy for the Sahara.

Algeria, which ironically claims not to be part of the Sahara conflict, has vetoed all UN Secretary General’s nominations to fill in the role of a Special envoy including Romanian former Prime Minister Petre Roman and Portugal’s Foreign Minister Luis Amado.

On the other hand, Morocco has supported both nominations put forward by Antonio Guterres and reiterates its attachment to the UN peace process as well as the 1991 ceasefire agreement.

During the same meeting, the Council members stressed the primacy of the UN process as the sole framework for finding a political, realistic and lasting solution to the Sahara conflict.

The Moroccan autonomy initiative was also commended as a feasible solution and lauded Rabat for its cooperation with the MINURSO.

The Security Council members emphasized the need to maintain the free flow of commercial traffic in the Guerguarat border crossing, which Morocco cleared after a three-week blockade by Polisario militiamen last fall.