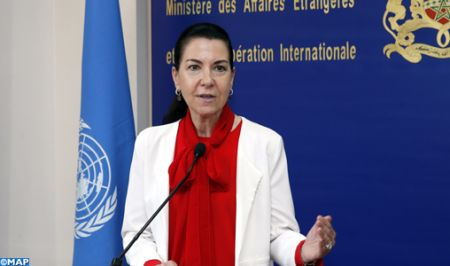 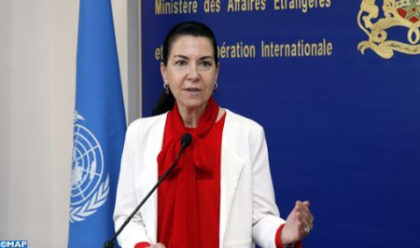 Morocco’s counterterrorism strategy and the measures adopted by the Kingdom to counter violent extremism were reviewed at a meeting held Friday in Rabat between visiting executive director of the UN Security Council Counter Terrorism Executive Directorate (CTED) and Moroccan Foreign Minister.

“We examined the state of the terrorist threat in Morocco and the MENA region, as well as the measures adopted by the Kingdom to fight terrorism and counter violent extremism,” the CTED executive director Michèle Coninsx told the media after the meeting.

She commended in this connection the efforts exerted by Morocco and the multidimensional approach it adopted after it experienced terrorist attacks, underlining that the CTED supports Morocco’s efforts to combat the scourge of terrorism.

Actually, Morocco, being aware that the plight of terrorism breeds on ignorance, poverty and other social fractures and that no sustainable security, peace, and stability are possible without an inclusive and equitable human development, adopted a multidimensional approach that does not focus on the security aspect only but also on socio-economic issues.

Morocco’s strategy has also religious and spiritual dimensions as it promotes the authentic values advocated by moderate Islam and tries to rehabilitate radical elements whenever they are identified.

The CTED executive director also stressed the need for all to join forces and strengthen policies to combat the terrorist threat, noting that “in the face of the evolving terrorist threat, it is becoming essential to identify gaps and seek together ways to address them”.