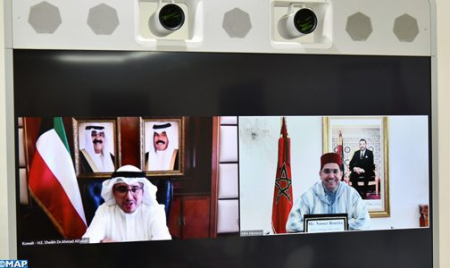 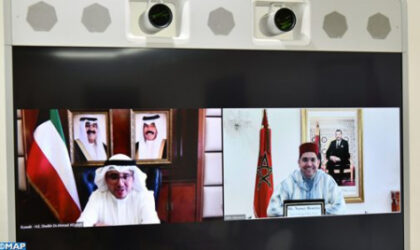 Morocco and Kuwait share the same views on a set of Arab and regional issues and causes, notably those of Libya, Yemen, Lebanon and Palestine.

This was stressed at a video conference held Wednesday between the two countries’ Foreign Ministers, Nasser Bourita and Ahmed Nasser Al-Mohammed Al-Sabah.

The two officials also noted the two countries’ convergence of views regarding the respect for the sovereignty and territorial integrity of states as well as their attachment to the promotion of dialogue and resort to political solutions to resolve disputes and the adoption of mediation to help resolve conflicts and crises, the Moroccan Foreign Ministry said in a statement.

During the remote meeting, the two officials surveyed bilateral cooperation and discussed means of strengthening it, while stressing the importance of an overall assessment of the achievements made since the holding of the 9th Joint Committee in Kuwait in April 2019, with the aim of better preparing for the 10th committee scheduled for this year in Morocco.

They also welcomed the strategic partnership between Morocco and the Gulf Cooperation Council (GCC), stressing the importance of fostering this partnership for the benefit of the two sides.

Bourita seized the opportunity to praise Kuwait’s principled and unwavering position in support of Morocco’s territorial integrity and the Moroccanness of the Sahara, as well as its continuous attachment to the sovereignty of Morocco over all of its territories.