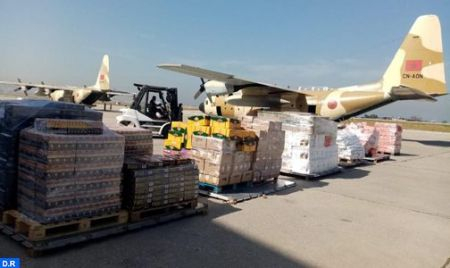 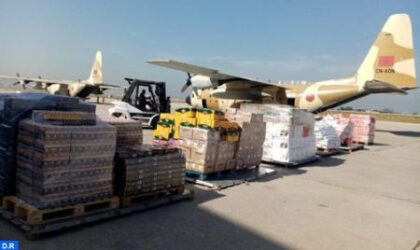 Lebanese Foreign Minister Charbel Wahba expressed, on behalf of the Lebanese government, “his heartfelt thanks and deep gratitude” to King Mohammed VI for the generous royal donation that the Sovereign kindly made to the Lebanese armed forces and people.

This royal donation came to mend the wound of Lebanon, said on Monday Wahba, during a meeting with the ambassador of Morocco in Beirut M’hammed Grine.

He highlighted the King’s constant support and solicitude for Lebanon, recalling in this regard the important humanitarian aid dispatched by Morocco following the explosion of the port of Beirut last August.

The Lebanese official also welcomed the setting up, under the high instructions of King Mohammed VI, of the military field hospital in central Beirut, which “provided medical services to the wounded and to all the inhabitants of the capital,” he said.

Morocco, upon the high instructions of King Mohammed VI, Supreme Commander and Chief of the General Staff of the Royal Armed Forces (FAR), has donated to the Lebanese armed forces and people 90 tons of basic food products that were flown by Moroccan military aircrafts.

The last batch of the food aid arrived Tuesday at the Rafic Hariri International Airport in Beirut.

This personal aid from King Mohammed VI came in response to a Lebanese request and in a gesture of solidarity to help Lebanon address economic challenges and the repercussions of the coronavirus pandemic, the Royal Armed Forces had said in a statement last Friday.

Several other Lebanese officials, politicians and MPs, including the representative of the Commander of the Lebanese Army, General Joseph Aoun, and vice president of the Lebanese Parliament Elie Ferzli, have expressed thanks to King Mohammed VI and commended his laudable initiative that reflects a noble human sense.

Local media also highlighted this noble royal initiative which testifies to the depth and strength of the relationship between the two countries and peoples.

North Africa Post's news desk is composed of journalists and editors, who are constantly working to provide new and accurate stories to NAP readers.
NEWER POSTDublin to open embassy in Rabat to bolster cooperation ties with Morocco
OLDER POSTMorocco to chair OPCW’s executive council for one year