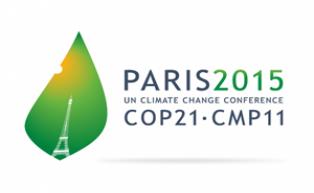 Morocco to Take over chairmanship of COP

Morocco will take over the chairmanship of the United Nations Climate Change Conference from France which is hosting the COP21 from November 30 to December 11.
The announcement was made by French President François Hollande during his official visit to Morocco earlier this month.
“I will receive H.M. King Mohammed VI on the occasion of the C0P21. He confirmed that he would be in Paris. After agreement (at COP21), if there is agreement, I will hand him over the responsibility to host the COP22 in Marrakech,” president Hollande had said.
During this visit, the French President and Morocco’s King Mohammed VI signed “the Call of Tangiers” whereby the two states appealed for a unified, strong action on climate on the part of the international community, on the occasion of the organization of COP21 in Paris and COP22 in Marrakech in 2016.
In this call, the two countries pledged to “spare no effort to work towards the adoption, at the Paris Conference, of a universal, sustainable, balanced and legally binding agreement, based on the objectives and principles of the 1992 UN Framework Convention on Climate Change (UNFCCC) and meant to limit global warming.”
During the signing ceremony of the “Call of Tangiers,” Morocco and France called on developed countries to specify the financial support that they already provide and that they plan to provide over the coming years to reach the goal of mobilizing $100 billion a year from 2020 on. The funds to be provided by public and private sectors will finance the fight against climate change in developing countries.
According to the 2014 report of the Intergovernmental Panel on Climate Change (IPCC,) by 2050, Africa will be the most badly affected continent by climate change. The report explains that more than 500 million hectares of land have been degraded as a result of climate change impacts (soil erosion, desertification, etc.)
In August, the World Resources Institute established a report on the situation of water resources in 167 countries, including Morocco. The report stated that water resources scarcity was likely to worsen over the next 25 years and that Morocco is among 33 countries most at risk.
The COP, gathering the Parties to the 1992 UNFCCC and to the 1997 Kyoto Protocol, establishes a diagnosis on the state of global warming and agrees on actions to take to meet the target of limiting temperature increase to 2 degrees by the end of the century.
The conference seeks to achieve a legally binding and universal agreement on climate, from all the nations of the world, but the task is rather difficult owing to the signatory countries’ diverging interests.