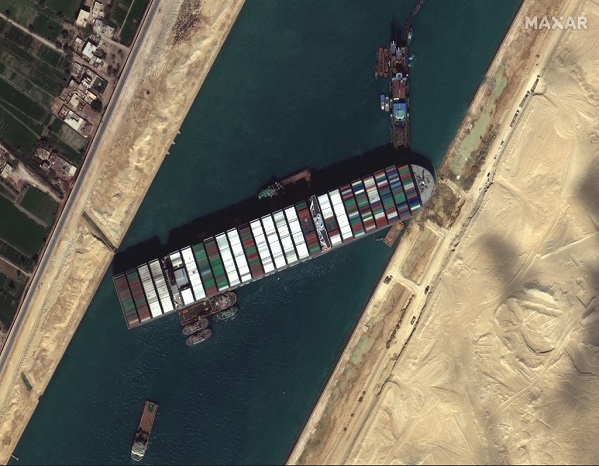 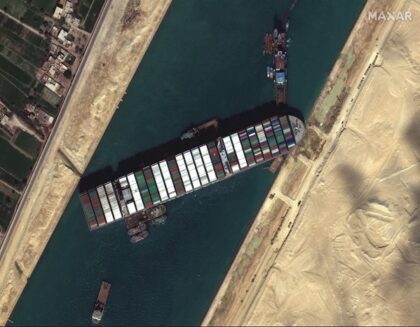 Egypt Suez Canal authorities Monday said the ship which has blocked navigation in the canal has refloated, adding that the course of the ship has been corrected 80 per cent.

Chairman and Managing Director of the Suez Canal Authority Osama Rabie said that water level reached 2 meters, allowing, Ever Give, a Panamanian container vessel’s course to be modified to the middle of the shipping course.

The maneuvers are scheduled to resume, Rabie said, adding that navigation in the canal will resume once authorities correct the vessel’s course 100% and navigate it towards the lakes area for examination.

Ever Give, a 400-meter long vessel operated by Taiwan-based Ever Green company, grounded last Tuesday after it was knocked off course by strong winds.

The grounding occurred during its trip to the port city of Rotterdam in the Netherlands from China.

The Suez Canal Authority ordered Thursday temporal suspension of navigation in the canal until the completion of flotation work.