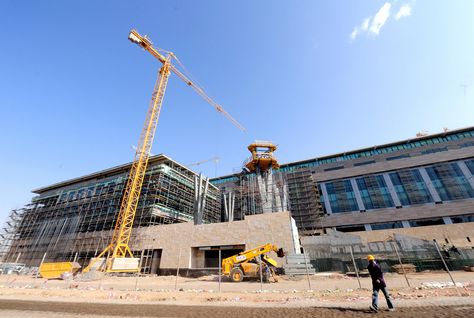 Property experts have raised alarm on the intense backtracking of foreign companies due to the political crisis that the country is experiencing. Some property prices have fallen to a 4-year low because of the sudden fall in demand. According to experts, international investors are expected to follow suit by focusing more on real estates in Sub-Saharan Africa.
Since July, Egyptian authorities have been struggling to impose tranquility in the country.  Economic crisis also begun since Mubarak stepped down from power. Companies such as Apache Corp, Chevron, General Motors, Electrolux, BASF, BG Group and British Petroleum have either strongly reduced or pulled their staff. Some of them have suspended their operations whilst others have sold their business in the past few months.
The exodus of foreign companies, especially in and around Cairo, has therefore left empty offices and malls despite the ongoing mega construction projects. According to real estate consultant Knight Frank’s data, rents for the best Cairo offices have dived to $40 per meter square a month from $50; the lowest since 2009. Retail rents have fallen from $150 to $100 per meter square a month.
Property experts believe that the fall in demand will oblige the property investors, who were attracted to Egypt as North Africa’s only viable property investment market, to seek for greener pastures in Sub-Saharan Africa’s stable cities. Lusaka, Accra, Lagos and Nairobi are expected to be the cities welcoming the companies and the investors.
Ahmed Badrawi, managing director of SODIC, one of Egypt’s biggest developers, said “the demand for Class A office space has almost disappeared overnight.” In June, almost 25% of Egypt’s best office spaces were empty and it is expected to increase according to property consultant Jones Lang LaSalle.