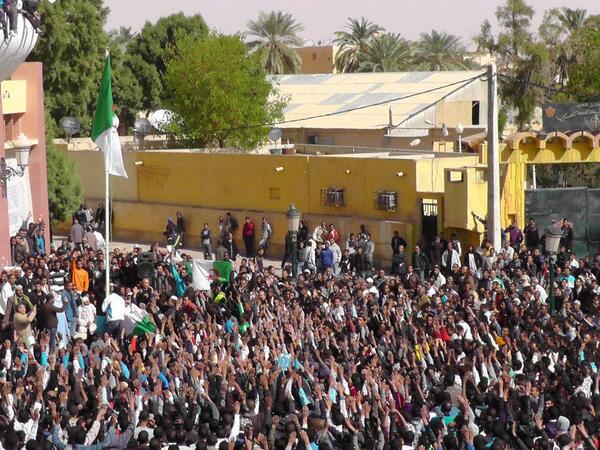 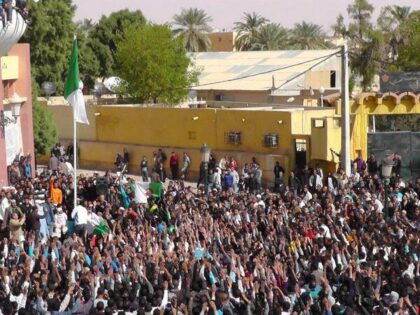 Algeria’s resource rich south is boiling! From Ghardaia to Ain Saleh and recently Ouargla people have taken to the streets, escalated protests demanding a fair redistribution of the country’s gas and oil wealth, much of it is located in their territories.

A recent report by Carnegie delved deep into the disenchantment of the youth in southern Algeria which it summed up in a feeling of neglect by the central state which has done little to use the oil and gas mantra to develop areas with high youth unemployment like Ouargla.

‘’Little came of the measures ostensibly intended to ameliorate the plight of people in Ouargla, and the repression created further resentment,’’ she wrote.

Ghanem said that the central government has continued on the legacy of French colonialism which spoiled Ouargla and the rest of the Algerian south to develop northern coastal line.

“There is twice as much poverty among people living in the Sahara as among those in the coastal region,’’ the Carnegie report said.

Discrimination adds to the complexities for Ouargla’s youth as most jobs in the oil and gas sector are taken by better educated northerners, Ghanem added.

“The national state-owned oil company, SONATRACH, is the leading employer in the region and embodies this phenomenon,’’ the report said.

In the face of all of these problems, the government promises to develop the area and offer job opportunities turned to be a mirage.

“Most development projects did not benefit ordinary people. Some were never even completed. For example, much-needed roads and irrigation canals were left unfinished,’’ the report said.

The government has escalated repression and arrested activists and the report warns of growing radicalization in local prisons.