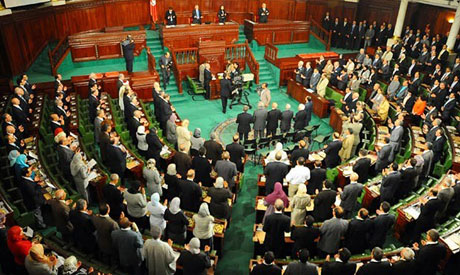 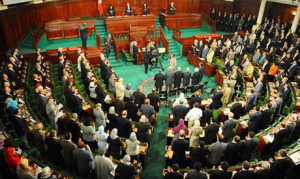 Tunisia’s parliament is expected to vote on the drafted constitution on Friday but the text is undergoing amendments in the last moments and parliamentarians are yet to lay their hands on the final draft. The National Constituent Assembly begun the amendments after intense last-minute negotiations led to the revision of certain articles and probably some more could be added. After failing several deadlines, January 14th is the latest deadline to adopt a new constitution.
Tunisia’s three year transitional period has been turbulent for the authorities. The rise of Salafists and the assassination of opposition leaders had been a major challenge for the government.
Voting of the draft is scheduled for Friday. The parliament must examine the 150articles of the draft and its 225 proposed amendments. There are doubts it the voting will go ahead as planned since the final draft has not been given to them. There are 217 elected members of parliament and the draft has to be approved by the two-thirds. Otherwise, it will be put forward for a referendum.
Nadia Chaabane, an opposition MP with the Massar party, said she is “suspicious” about the amendments after pointing out that “we are not safe from last-minute surprises, on a religious amendment for example”. Despite the late moves, Chaabane deplored that such “a foundational text for several generations is not very carefully drafted”. She labeled it as “a shame”.
The past five months in Tunisia were marked by a deadlock between the ruling and opposition. The government finally decided to step down for a technocratic government tasked with overseeing the adoption of the new constitution and organizing elections.
Parliamentary speaker, Mustapha Ben Jaafar revealed that “the debates on certain thorny issues were difficult” but trust has been “restored” among MPs.