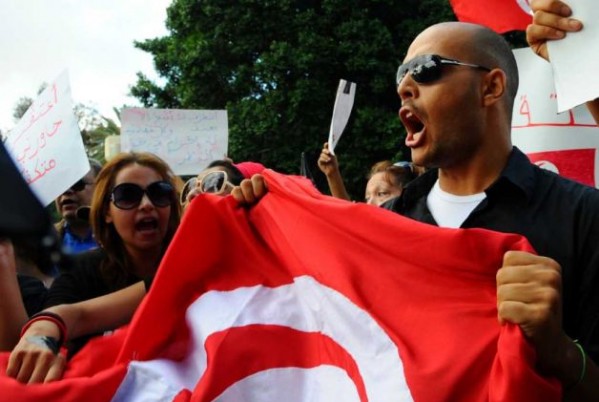 Extremism and Year 2013: A Game-Changer for Tunisian Youth? 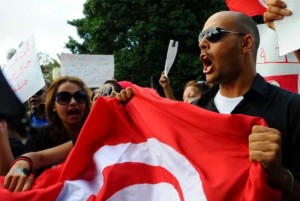 From the perspective of Tunisian youth, year 2013 was a game-changer. According to Issam Khemakhem, the president of the Tunisian-Euro-Mediterranean Association of Youth (ATEMJ), the need to combat extremism, as experienced by Tunisia in 2013, due to terrorist attacks, is reinforced especially when it comes to dealing with ideological, religious, or social threats. ATEMJ has recently organized a seminar on the role of the youth in combating extremism as the organization finds it very important to analyse its phenomenon and search for options for young people.
Participants of the December conference said that young people are mostly excluded from the debate on extremism but who else would understand better the extremism of youth than the youth themselves. The young feel that the topic is thought to be reserved for middle-age people but extremism is often matter of the youth. Sana Ghnima, the President of the Association for Women and Leadership, gave a speech during the conference about the connection between extremism and education. She said that Tunisia is predominately moderate, which makes it vital to stress educational programs and what is broadcast in the media.
ATEMJ thinks that the reasons behind the increasing number of young extremists are especially poverty, marginalization, and the declining role of family in addition to the deteriorating education. Mr Akkari of ATEMJ also argued that opinions and quotes of some politicians about the division of Tunisians between Muslims and secularists have also played a role in the rise of extremism and intolerance. Some media were also criticized for the dissemination of hatred and violence among people by broadcasting extremists’ views instead of creating a national unity.