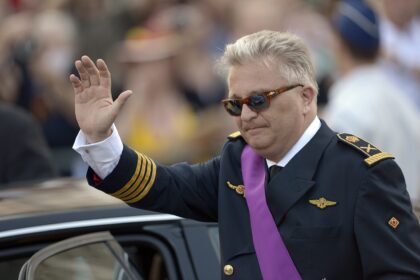 Libya’s envoy to the UN, Taher El Sonni, advised Belgium to renounce its intention to seize €49 million in favor of GSDT, an NGO owned by Belgian Prince Laurent.

El Sooni Twitted that Belgium was trying to take advantage of this stage, as Libyans are busy preparing for a new political and peaceful period, to seize the frozen asset, Libya Observer reports.

The Libyan diplomat also indicated in cooperation with the Libyan Investment Authority, the mission in New York, has informed the UN Security Council about Belgium’s intention to seize Libyan frozen assets.

The move came after the Belgian government, in January through its finance ministry, said it would inform UN sanctions committee to unfreeze some of the Libyan assets in Belgian banks to get dues, valued at €49 million.

The project did not take off after the assassination of the former Libyan strongman in 2011.

Prince Laurent in 2019 accused the Belgian government of letting him down in his dispute with Libya though a Belgian court decision awarded him nearly €50 million in damage.