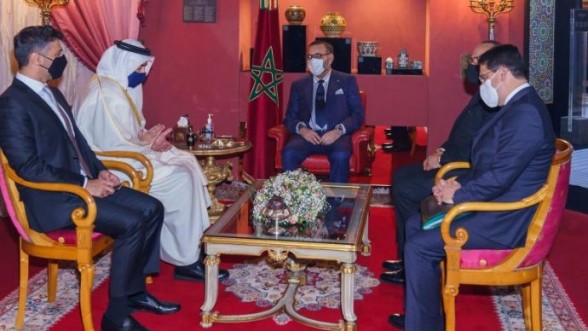 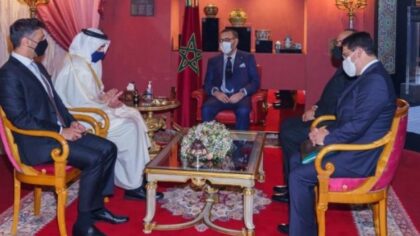 The message, whose contents were not disclosed, was conveyed to the Monarch by UAE Foreign Minister Sheikh Abdallah Ben Zayed Al-Nahyane during an audience at the Royal Palace in Fez.

The Royal audience was an opportunity to discuss the evolution of bilateral relations in various fields.

The royal audience comes less than three months after the UAE officially opened its consulate in the Moroccan Saharan city of Laayoune on November 4.

The UAE is the first Arab country that opened a diplomatic representation in Morocco’s Southern provinces, joining a long list of other countries, mainly from Africa, that decided to open consulates in the region.

The UAE’s decision to open the consulate was announced by Abu Dhabi’s Crown Prince during a phone call with King Mohammed VI in October.

King Mohammed VI had then described the announcement as historic, reflecting the UAE’s support for Morocco’s sovereignty over its Sahara.

Sheikh Abdallah Ben Zayed Al-Nahyane took part last week in a ministerial video conference co-hosted by the United States and Morocco on support for the Morocco-proposed autonomy initiative for the Moroccan Sahara.

In his address before the conference, Sheikh Abdallah reiterated the firm and principled position of the United Arab Emirates in support of the sovereignty of the brotherly Kingdom of Morocco over the entire region of the Moroccan Sahara, and of all measures the Kingdom is taking to defend its territorial integrity and its citizens.

He also renewed the UAE’s support for the autonomy initiative.

The UAE was also among the first countries to express backing to Morocco’s action to restore civil and commercial movement in the buffer zone of Guerguarat, in the Moroccan Sahara, after a three-week blockade by Polisario militias.