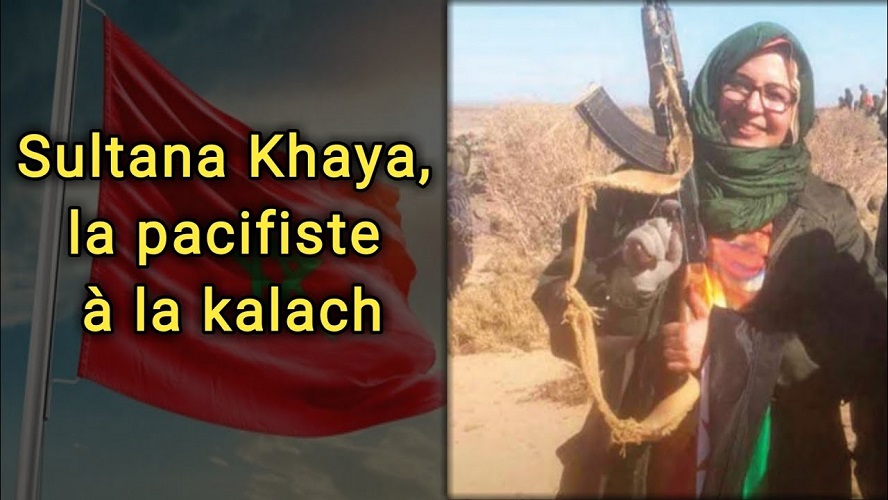 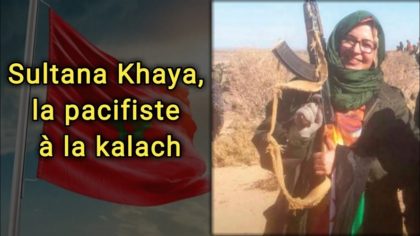 The Irish Mary Lawlor posted on her twitter account on Tuesday March 8, on the occasion of International Women’s Day, a picture of Sultana Khaya, who claims to be an advocate of human rights. However, after the Special Rapporteur verified and authenticated a photo of the separatist supporter of the Algeria-backed Polisario, posing in military fatigues with a Kalashnikov slung over her shoulder, she immediately removed the picture from her tweet account.

Mary Lawlor, outraged by the scandalous photo, assured her team that Sultana no longer falls within her mandate.

The truth came to light. This pseudo-human rights activist is actually an agent who serves a separatist and destabilizing agenda fomented by the Algerian military junta and the Polisario against Morocco.

According to well-informed sources, Sultana Khaya receives instructions directly from the Polisario HQ in Rabouni and from the Algerian military intelligence services.

As a reward for her “services”, the Sahrawi conspirator, Sultana Khaya, receives extravagant presents from the ruling junta in Algeria, including a sumptuous apartment in the upscale neighborhood of Calle Angelita Rodríguez Preciado in Alicante, in southeastern Spain.

Sultana Khaya, who often travels to Algeria and to the Tindouf camps to undergo indoctrination and propaganda training, has made herself known through her multiple calls, inciting violence against civilians in the Moroccan Sahara and acts of vandalism against public and private property.

The pseudo-peaceful activist has thus been unmasked and will certainly find it difficult to conceal any longer that her alleged activism is actually fueled by hatred and violence.