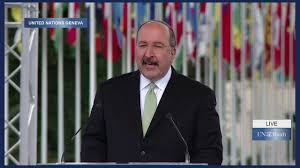 The former Director-General of the Israeli Ministry of Foreign Affairs, Dore Gold, has declared that Iran’s attempts to expand its influence in North Africa was one of the reasons that prompted the US to recognize Morocco’s sovereignty over the Sahara.

Gold, who is also president of the Jerusalem Center for Public Affairs and who served as Israel’s ambassador to the UN between 1997 and 1999, shared his analysis of the American decision in a column published by Israel Hayom on Monday, January 4.

Gold explained that “the security challenges facing Morocco and Moroccans come first from the former Spanish colony in the Sahara with a guerrilla movement supported by Algeria, but also by Iran which seeks to position itself in the region”.

In 2018, Morocco unveiled Iranian documents attesting that Tehran is arming and training the Polisario militias through its proxy Hezbollah group. The documents also showed that Iran provided SAM-9 and SAM-11 missiles to the separatists, said Gold, adding that Morocco had frozen its diplomatic relations with Iran, especially when it discovered that cooperation with the Polisario was done under the cover of the Iranian embassy in Algiers.

Gold argues that Iran’s support for the Polisario Front is one of its many attempts to increase its influence in North Africa, which represents a security risk for the entire region.

“This was part of a pattern that the Iranians were following in Africa, seeking to infiltrate the continent by backing military moves of allies they sought to cultivate,” the former Israeli diplomat wrote, adding that “Iranians have also made attempts to convert Sunni Africans to Shiism, which has exacerbated relations between Tehran and a number of Sunni countries.”

Gold also recalled that in late 2019 the UN obtained photographs suggesting that the weapons used by Khalifa Haftar’s army in Libya were Iranian-made.

Iran’s interference in political affairs in North Africa are a direct indication of the country’s attempt to increase its influence in the region, the former diplomat stressed.

During these episodes, there was a series of lessons for the West. First, it was clear that the Polisario, far from being a national liberation movement deserving global support, was an organization that did not mind forging ties with the terrorist network set up by Iran in the Middle East and Africa, Gold said in his column.

He added that when the Polisario decided to work with Iran, a decision was taken to recognize Morocco’s sovereignty over the Sahara, stressing that it is a “decision that perfectly makes sense”.