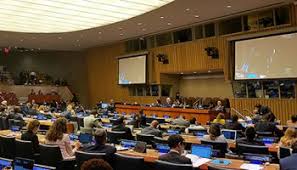 The Arab Liberal Parties, members of the Arab Liberal Federation (ALF) and the Arab Youth Union for Freedom and Democracy (AYUFD), have reiterated their full support to Morocco’s territorial integrity and sovereignty over its southern provinces.

In the final statement issued after their meeting convened lately in Marrakech, these parties renewed their backing to the autonomy plan offered by Morocco for the Sahara, a plan described by the international community as a serious and credible solution to achieve a peaceful and lasting political solution to that regional conflict.

The Arab liberal parties also renewed their attachment to the values of freedom and democracy, affirming that the Palestinian cause remains the first cause of the Arab nation and that Al Quds Asharif is the eternal capital of an independent Palestinian state.

They urged the international community to shoulder its responsibility and exert pressure on Israel to end its illegal occupation of Palestinian territories, stressing the need to revive the political process to reach a two-state solution.

The Arab Liberal Federation is comprised of Arab liberal parties and activists in the Arab world. ALF is committed to the principles of freedom, responsibility, pluralism, tolerance, market economy, civil state and separation of religion from state affairs. The Federation helps its member parties to promote liberal reforms for a life in peace and prosperity in the Arab world.

The Arab Youth Union for Freedom and Democracy (AYUFD) supports Arab youth and their role in combating terrorism, extremism, economic problems and other issues.