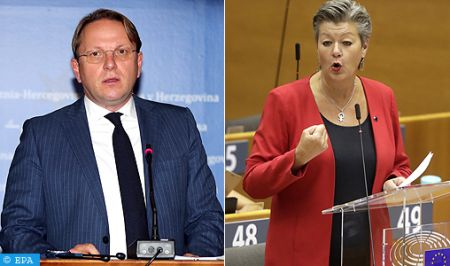 Two EU Commissioners in Rabat for talks on partnership 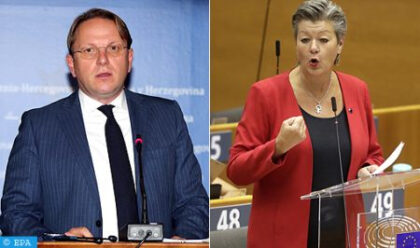 EU Commissioner for Home Affairs Ylva Johansson and Commissioner for Neighbourhood Olivér Várhelyi are expected in Morocco on Tuesday for talks on issues of mutual interest and new opportunities for cooperation between the two strategic partners, announced the European Commission in a press release.

During their visit, the two EU officials will discuss with several Moroccan ministers ways of enhancing further the strong partnership existing with the European bloc following the momentum gained by the EU-Morocco partnership since 2019.

The trip will also be an opportunity for Commissioner Johansson to visit several EU-funded projects in the field of labor migration and integration of migrants.

She will also visit the Mohammed VI Institute for Imams Training and Morocco’s border management activities in Tangier, said the EC press release.

The European Union has extensive ties with Morocco in trade, political and security matters.