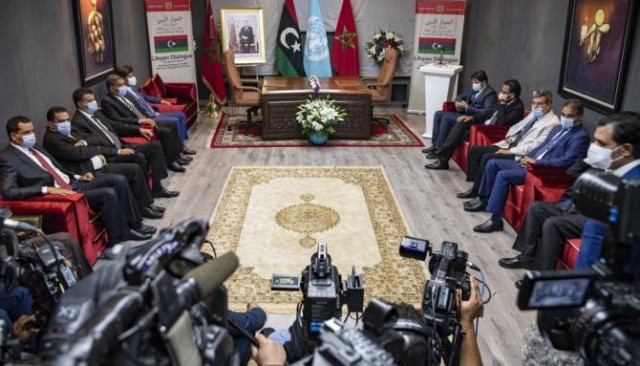 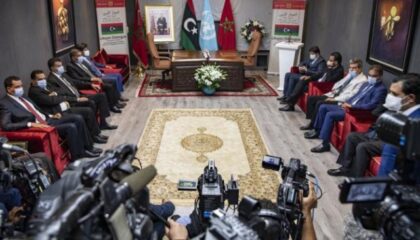 Libyan delegations representing the High Council of State and the House of Representatives (Lower House) started Monday in Tangier a new round of inter-Libyan dialogue.

This new round, which is part of the (13+13) sessions, aims to discuss the ongoing dialogue in Tunisia and to unify visions regarding the political and institutional process in Libya.

It follows two rounds of inter-Libyan dialogue held in Bouznika (September 6-10 and October 2-6), which led to global agreements on the criteria and mechanisms for appointment to key positions, provided for in article 15 of the Skhirat agreement signed in December 2015.

In the final statement which crowned the second round of the inter-Libyan dialogue, the two parties had specified that “the results of the dialogue constitute a contribution on which it is possible to capitalize, to bring stability to the country and end the institutional division.”

On November 23-28, Tangier hosted a consultative meeting of the Libyan House of Representatives which resulted in an agreement to hold the next meeting of this institution in the city of Ghadames, just after the return of its members to Libya. The upcoming meeting is meant to end the situation of division within the Libyan Lower House.

North Africa Post's news desk is composed of journalists and editors, who are constantly working to provide new and accurate stories to NAP readers.
NEWER POSTSahara: Morocco winning the diplomatic battle on the ground – Atalayar magazine
OLDER POSTTwo EU Commissioners in Rabat for talks on partnership