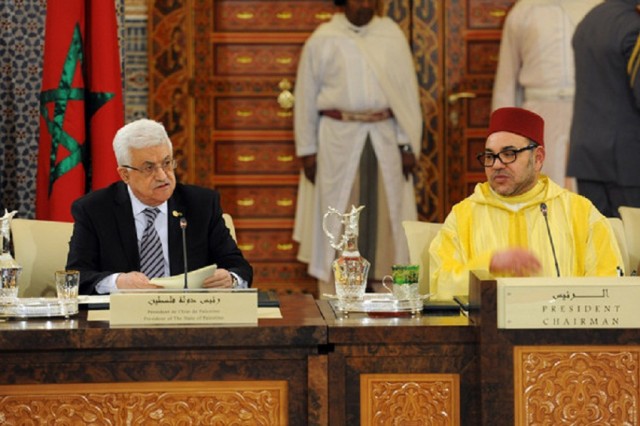 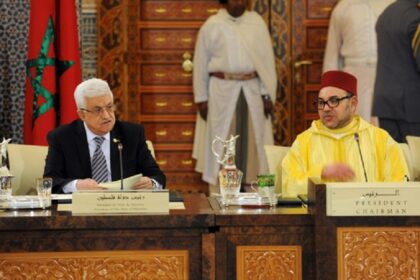 King Mohammed VI has renewed Morocco’s solidarity with the Palestinian people and continued support to their legitimate rights in order “to establish an independent Palestinian State, with East Jerusalem as its capital – a State open to all around it and to all faiths,” warning that unilateral measures in the occupied Palestinian territories, including East Jerusalem, constitute a violation of international legitimacy, jeopardize any prospects for the desired solution, fuel conflict, breed frustration and reinforce extremist tendencies.

In a message to Cheikh Niang, Chair of the Committee on the Exercise of the Inalienable Rights of the Palestinian People, King Mohammed VI underlined that regardless of the profound changes and developments that have taken place in the Middle East in recent years, he remains convinced that the Palestinian question is the key to a permanent and comprehensive solution in the Middle East region.

“Such a solution should be based on enabling all peoples of the region to live in security, peace and harmony, within the framework of international legitimacy, and in accordance with the principle of the two-state solution, which is agreed upon by the international community,” the Monarch pointed out in his message addressed on the commemoration of the International Day of Solidarity with the Palestinian People.

Stressing the necessity to break the current impasse in the peace process, the Monarch urged for stepping up international efforts to revive direct negotiations between the Palestinian and the Israelis in order to resolve all contentious issues.

“…Unilateral measures in the occupied Palestinian territories, including East Jerusalem, constitute a violation of international legitimacy, jeopardize any prospects for the desired solution, fuel conflict, breed frustration and reinforce extremist tendencies,” the King underlined, insisting on the need to refrain from making any change that might affect the legal status of the occupied Palestinian territories and to endeavor to create the right conditions for the resumption of meaningful, responsible negotiations.

King Mohammed VI, as Chairman of the OIC Al Quds Committee, underlined the spiritual significance and special status of Jerusalem in the hearts and minds of the followers of the three monotheistic religions, pointing out that Jerusalem is at the center of any settlement between the Palestinians and the Israelis. “This is one of the final status issues that must be resolved through direct negotiations,” he said, reiterating his repeated calls for preserving the city’s unity and sanctity, together with its legal, cultural and religious status, and its special character as a city of peace.

The Monarch recalled Further the visit of Pope Francis to Morocco in March 2019 that highlighted by the signing of the Appeal For Jerusalem. In the “Appeal for Jerusalem”, “we insisted on the need to preserve the Holy City as a common heritage of humanity, as a meeting place and as a symbol of peaceful coexistence for the followers of the three revealed religions – a place where mutual respect and dialogue are cultivated.”

On the economic front, the Monarch stressed the need to support the holy city’s inhabitants through mobilizing material resources and means, and investing them in human development programs in Jerusalem.

“I have sought to make sure this is done – under my supervision – by the Bayt Mal Al-Quds Agency, which is the executive branch of the Al-Quds Committee,” he said, underlining that this effort involves concrete programs and projects in the health, education, housing and social service sectors, for the benefit of the inhabitants of Jerusalem. “The aim is to enable them to enjoy a dignified life, to support their steadfast struggle and to improve their living conditions.”

North Africa Post's news desk is composed of journalists and editors, who are constantly working to provide new and accurate stories to NAP readers.
NEWER POSTTwo EU Commissioners in Rabat for talks on partnership
OLDER POSTMorocco’s approach to challenges in the Sahel based on security, human development, training