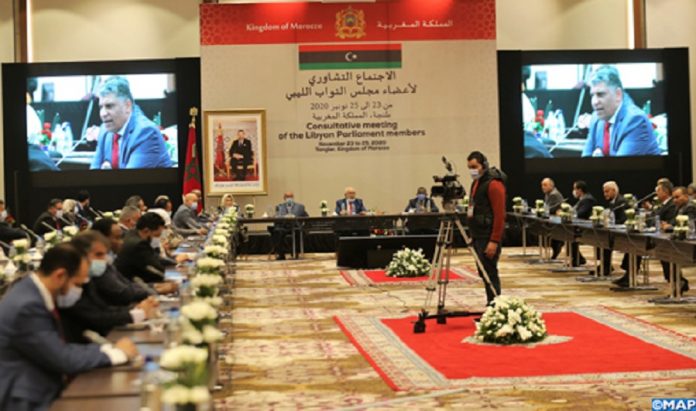 Libyan MPs agree in Tangier to unify their legislative institution 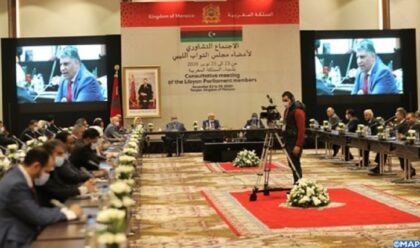 Libyan MPs gathering in Tangier, northern Morocco, agreed to end the state of division plaguing their parliament and to hold a joint session in the city of Ghdames.

More than 120 Libyan deputies made the pledge in Tangier in a step forward to unify the legislative institution after years of infighting.

The deputies agreed that the parliament should be based in Benghazi, Libya’s second largest city, instead of Tobruk.

The Libyan MPs also agreed to hold parliamentary elections to complete the transition as soon as possible and stressed the need to break away with hate speech and promote reconciliation instead.

They also urged the return of the displaced because of the political crisis and infighting.

“Libya needs a House of Representatives that plays its role… The next meeting in Libya will have a great impact on political dialogue,” said Moroccan Foreign Minister Nasser Bourita.

The talks in Tangier came after the success of Bouznika meetings which brought together representatives from the rival eastern and western administration to agree on criteria to appoint officials in senior government bodies.

North Africa Post's news desk is composed of journalists and editors, who are constantly working to provide new and accurate stories to NAP readers.
NEWER POSTHow Nigeria set Algerian regime back on its heels on Sahara issue
OLDER POSTMoroccan diaspora in Paris expresses support for Morocco’s intervention in Guerguarat