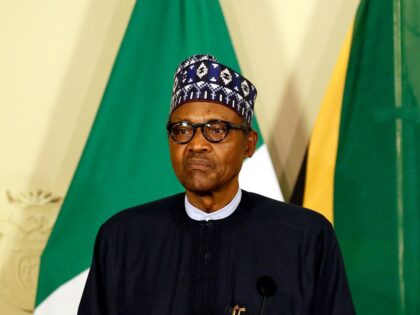 Algerian Foreign Minister Sabri Boukadoum pinned high hopes on his recentb visit to African heavyweight Nigeria to gain some support for Algeria’s anti-Moroccan stance in support of Polisario separatism and banditry. But, he returned empty-handed save some ink on paper regarding projects to which both Nigeria and Algeria never showed genuine interest.

Pro-regime Algerian media such as state news agency and Ennahar portrayed the visit as a breakthrough and a chance to raise the Sahara issue in light of recent developments.

Morocco had actually sent its army to clear a vital road for commercial and civilian traffic after the passage has been blocked by Polisario armed proponents for over three weeks.

The same road is used by truckers to carry goods from Morocco to the Nigerian market.

After the visit of Boukadoum, the Algerian news agency said that he discussed with his Nigerian peer the Sahara issue along with the situation in Mali and bilateral cooperation.

The Nigerian news agency however did not mention the Sahara issue and raised only a set of bilateral projects including the resurrection of a trans-Saharan gas pipeline that was thrown in the oblivion since Nigeria and Morocco agreed to build a gas pipeline.

The fact is that Nigeria has not made any reaction after Morocco intervened to secure international traffic in the Guerguarat crossing.

Nigeria used to support the Polisario for long but following a visit to Abuja by King Mohammed VI and a similar visit by Nigeria’s President Buhari to Rabat in 2018, Morocco and Nigeria edged closer to forging an alliance based on mutual respect and win-win partnerships.

Boukadoum’s attempt to gain Nigeria’s support for the Polisario was a fiasco as Algeria continues to reap failure after failure diplomatically within the continent as a result of Morocco’s membership of the African Union.

So far, 16 African states and the UAE have opened consulates in the Sahara, Morocco’s southern provinces. Jordan, Bahrain and Haiti unveiled plans to open theirs soon.

Moroccan companies rolled out investments in Nigeria in line with win-win partnership and solidarity-oriented Moroccan foreign policy towards African states.

The Moroccan-Nigerian gas pipeline is not only ink on paper. Feasibility studies have been launched and an agreement on a combined onshore-offshore option have been chosen.

“This project will give Africa new impetus at the economic, political and strategic levels and will elevate Morocco and Nigeria as leaders of south-south cooperation in the continent,” Morocco’s authority for oil and mines (ONHYM) and Nigeria’s National Petroleum Corporation (NNPC) said in a joint declaration on the occasion of the Nigerian President’s visit to Rabat in 2018.

The Trans-Saharan gas pipeline discussed during Boukadoum’s visit has actually been buried by the Moroccan pipeline plan.

During the era of expensive gas and oil, Algeria has backpedalled on the trans-Saharan gas pipeline because it views Nigeria as a competitor in the European gas market and does not want to offer a gas alternative to Europe

In this respect, and in light of Algeria’s diminishing gas export capacity, the Moroccan-Nigerian gas pipeline will help West Africa achieve its energy security and help Europe have an alternative to reduce dependency on Russian and Algerian gas.

With the largest population in Africa, Nigeria is struggling to achieve its food security, an area in which Morocco proved to be a very useful partner through supplying the country with customized fertilizers at an affordable price to help unlock the full potential of the country’s agriculture.

Morocco’s phosphates and fertilizers producer, OCP, has been helping Nigerian farming sector through setting up blending units to produce fertilizer at an affordable price for farmers in remote Nigerian areas.

OCP will in the sort-term build a fertilizer plant worth 1.3 billion dollars in the country along with three more blending units.

Nigeria’s positive neutrality under the leadership of Buhari is a proof that African leaders are looking forward to a new era of intra-African economic cooperation, integration and solidarity.

Apart from empty promises and ideological statements reminiscent of the Cold-War, Algeria has nothing to offer African states.

As a country that has sapped its oil wealth due to endemic corruption and as a state that depends fully on a single non-renewable resource, Algeria came to symbolize all that Africa is struggling against.