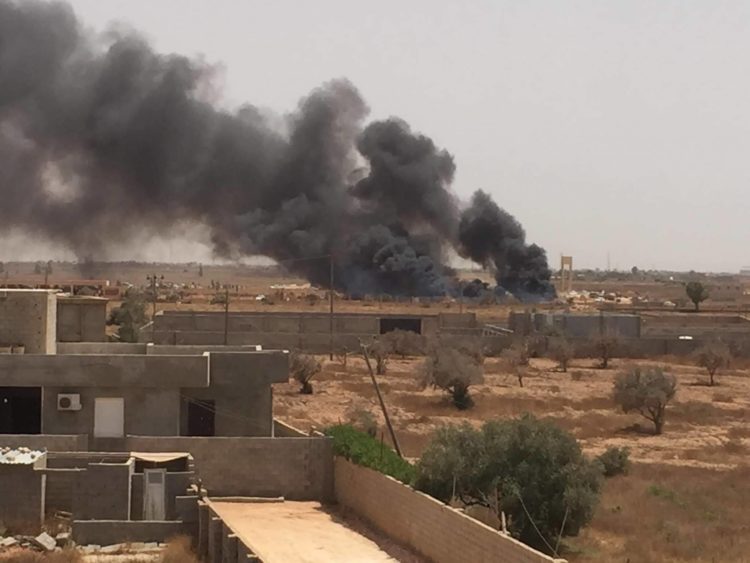 Two cars exploded Thursday a military funeral in Eastern Libya killing six people including two soldiers and one police officer under the command of military rebel Khalifa Haftar, reports say.
The car bombs exploded at the funeral of the former commander of Saiqa Force Khalifa Al-Mismari. The ceremony, the media reports, was attended by tens of senior military figures among whom head of the special forces Wanis Bukhamada.
The blasts reportedly killed two soldiers, one police officer and three civilians. 30 other people were reported wounded in the twin attack. None of the military officers had been killed or hurt.
No group has claimed responsibility for the attacks.
Haftar’s forces the Libyan National Army (LNA) controls the eastern region and much of the South of the oil-rich country.