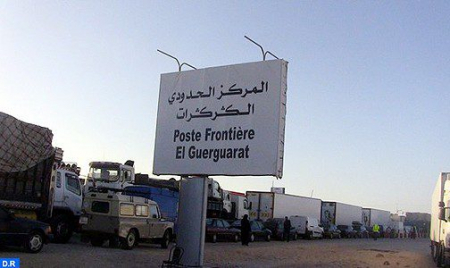 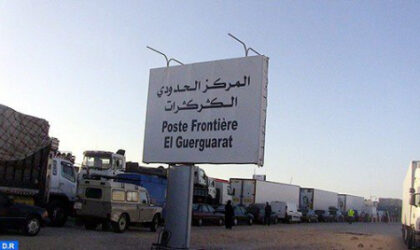 Over 70 NGOs, associations and municipalities in Italy have condemned the provocative actions carried out by the Polisario militias in the Guerguerat crossing point in the southernmost tip of the Sahara, describing these actions as serious threats to peace and stability in the entire Sahel-Sahara region, a region “already shaken by acts of terrorism, drug and human trafficking, as well as radicalization in the area near the Sahel.”

In a call launched at the initiative of the Calabria Roma Europa Foundation, which brings together more than 180 municipalities, these NGOs, associations and representatives of local authorities recalled that the Security Council and the UN Secretary General have condemned these provocative acts.

They also called on the Italian government to adopt “a firm position in view of the multiple implications of the situation on peace and security in our immediate surroundings and in the Mediterranean.”

The UN Secretary General and several countries have repeatedly expressed concern at the situation in the border crossing of Guerguarat where Polisario militias block the free flow of commercial traffic.

The latest to voice deep concern at the situation was French Foreign Minister Jean Yves Le Drian who was on a working visit to Rabat thid Nov. 8-9.

France is concerned over the ongoing blockade in Guergarat and is following the events in Guergarat with attention, the French official said.

King Mohammed VI has also rejected in the strongest terms the Polisario provocations in Guerguerat border crossing and the disruption of traffic flow between Morocco and Mauritania.

“We categorically reject the unacceptable practices designed to disrupt the normal flow of traffic between Morocco and Mauritania, change the legal and historical status of the territory east of the berm, or illegally exploit the region’s resources,” said the King Saturday Nov.7 in a speech on the occasion of the 45th anniversary of the Green March.

While Morocco continues to uphold logic and wisdom, it will also respond, with “the utmost firmness and resolve”, to any practices or attempts designed to undermine the security and stability of its southern provinces, the King made it clear.

The signatories of the appeal have also called upon the Italian government, MPs, local elected officials and representatives of the civil society, “who have consistently supported the peace process and the efforts of the UN Secretary General for a political solution to the regional dispute over the Moroccan Sahara, to take a close look at the dramatic human rights situation prevailing in the Tindouf camps.”

They also call for inquiries about the fate of the humanitarian aid granted by Italy and how this aid is embezzled by the polisario leaders, as documented and denounced by the European Union and several international organizations.