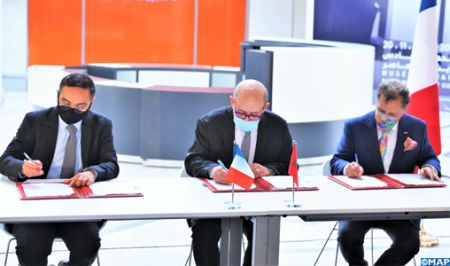 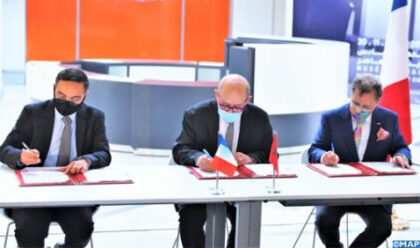 The French Development Agency (AFD) has earmarked €300,000 to fund a pan-African training program for museum and heritage professions in Africa to be spearheaded by Morocco’s National Museum Foundation (FNM).

The agreement aims to implement a program of capacity building and exchange of experiences within the framework of pan-African cooperation through mobilizing a group of experts from French-speaking West African countries and France in order to exchange good practices, and set up a network of African experts in museum and heritage professions, mainly in the management and preservation of art objects and cultural heritage.

The network will mobilize about thirty experts from Africa and France to promote an exchange of experiences and strengthen the capacities and skills that are currently being structured on the continent.

The FNM will lead and coordinate this network of experts on the African continent.

Speaking at the signing ceremony, the French Foreign Minister highlighted Morocco’s position as a central player in Africa in the museum and heritage field as in many other areas.

He said this partnership with the Kingdom will help define and implement a pan-African program for capacity building and sharing experiences in the area of museums and heritage.

The French FM also highlighted the fundamental role of the FNM, which is asserting itself as a regional crossroads of expertise and know-how for the conservation and preservation of heritage, by hosting experts from Africa and France.

“In these times of crises, health crisis and crisis linked to terrorism and extremism, it is very important to fight against the temptation of withdrawing into oneself,” the French official added.

Echoing him, President of the FNM said “in a period of uncertainty, antagonism and misunderstanding, culture must take a more prominent place to help dispel misunderstandings…We must come together and prove our humanity through sharing, dialogue and exchange.”