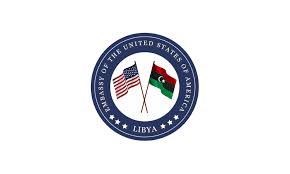 US contemplates returning embassy to Tripoli

The United States is considering the acquisition of a property in the Libyan capital, Tripoli, for the return of US full mission capacity to the North African country.

The announcement came during a meeting between US diplomat to Libya Richard Norland and Mohammed Sayala, the Foreign Minister of the Tripoli-based Government of National Accord (GNA).

“Although we are a long way from actually being able to open an Embassy, the prospect of progress towards political stability affords the opportunity to begin to explore the procedural steps and bilateral negotiations required to set that process in motion,” ambassador Norland was quoted by Libya Observer as saying.

The US parked out of Libya in 2014 amid the deteriorating security situation in Tripoli.

The US has been since then operating from Tunis. The embassy said, according to Libya Observer, that as security and logistical considerations allow, it will continue to travel across Libya to engage a broad range of Libyan leaders in support of the ongoing UN-facilitated intra-Libyan dialogue.

Several other countries have pulled out their diplomatic staff from Libya out of security concerns. Few states, including Italy, have however reopened their missions.