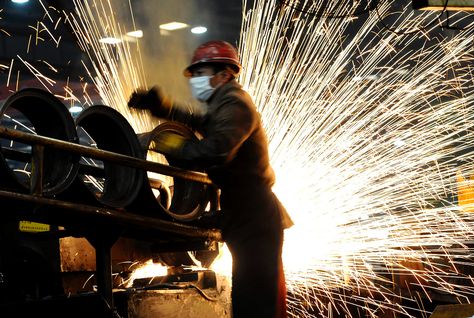 The Algerian government has been interested in buying additional 21% shares in the Annaba unit of the steel producing company, ArcelorMittal, for 200 million USD. As the state already owns 30% of the firm, such a transaction would make the Algerian government a de facto majority shareholder and owner of ArcelorMittal.
The government reportedly wants to invest additional 200 million USD in increasing the production capacity to two million tons annually by 2017, which would be an increase by 100%. The state’s current ownership is managed through state-owned Sider and rumor has it that the steel giant ArcelorMittal would like to disentangle from Algeria. In order to avoid de facto nationalization of the firm, ArcelorMittal also published a financial report to deny rumors of bankruptcy.
In late September, ArcelorMittal and Sider finalized their talks by signing a strategic agreement that includes an investment plan of almost 770 million EUR for Annaba unit as well as the mines in Ouenza and Boukhadra. The plan is going to be financed by bank loans and equity contributions, and its main objective is to ensure a long-term future for steel-making and mining in the area. The production units will be modernized via the relining of the blast furnace, and modernized by the sinter plant, the steel plant and the rolling mills. Moreover, a new electric plant will be built. The investment plan aims to address the increasing domestic demand and help promote the government’s wish of Algeria’s self-sufficiency in steel. Thus, despite ArcelorMittal’s unwillingness, Sider managed to gain the decisive majority by buying the additional shares, which will make ArcelorMittal a minority shareholder with 49% of shares.