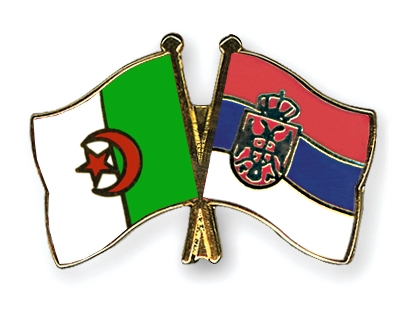 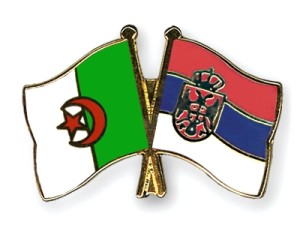 Economic committees from Algeria and Serbia will be meeting to discuss means of further developing the economic cooperation between their respective countries in Belgrade. Prior to their meeting, Serbia’s First Deputy Prime Minister Aleksandar Vucic and Algerian Minister of Water Resources Hocine Necib met to discuss bilateral relations they share. Algiers is very supportive of Serbia’s territorial integrity and ignores Kosovo’s declared independence from the latter.
Before speaking about the need to develop the economic relations between them, Vucic reminded the Algerian minister that they are grateful for Algeria’s continuous political support in maintaining their territorial integrity and assured him that “Serbia will know how to appreciate that”.
The Algerian minister also hailed the support it received from former Yugoslavia during its struggle for independence.
Economic cooperation between the two countries is underdeveloped and the First Deputy Prime Minister Aleksandar Vucic hopes that it will soon become dynamic. He said that Serbian companies are interested in entering the Algerian market and hopes that the Algerians will also venture into theirs.
Vucic urged Algerian companies to take advantage of the ongoing privatization process. He also hoped that the expertise of the Serbian companies in agricultural machinery and equipment, food products, rubber products and consumer goods, especially medicines could be of good use to Algeria.
The Algerian Minister, Hocine Necib, stated that the economic relations between them was vibrant during the 1980’s but was slowed down in the 1990’s because of the transition process which followed after the defragmentation of Yugoslavia.
Currently, there are no Algerian companies in Serbia. However, this is expected to change with the collaboration of the economic committees of the two countries. Vucic said both countries have “a joint interest in doing that.”

North Africa Post's news desk is composed of journalists and editors, who are constantly working to provide new and accurate stories to NAP readers.
NEWER POSTHuman Rights: Morocco does not need to take any lessons from anybody (King)
OLDER POSTAlgeria’s Steel Giant to Be De-Facto Nationalized