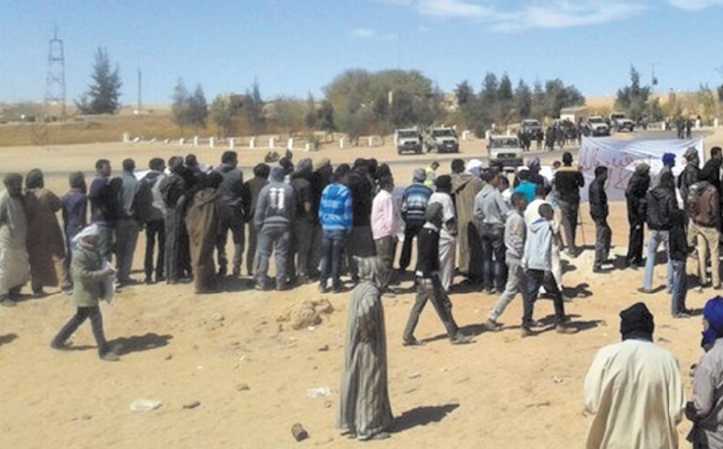 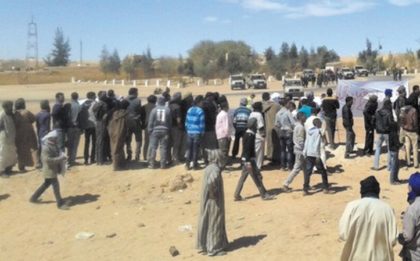 The Sahraouis held against their will in the Polisairo-run Tindouf camps have staged a series of protests against the restrictions imposed by Algeria on their movements.

The Algerian army and Polisario militias have prevented the Sahraouis from free movement beyond the camps pushing dozens to organize sit-ins.

Some 60 people protested in front of the so-called interior ministry of the Polisario to call for lifting restrictions, le360 news website reported.

The siege on Tindouf population highlights the fear by Algerian authorities and their Polisario puppets of seeing an exodus of the youth to Morocco, which regularly announces defections of armed men from the separatist militias.

Protests are commonplace in the Tindouf camps where uprisings are often violently silenced. In 2004, Khat Achahid was established as an opposition movement to the Polisario leadership.

The Polisario has often resorted to violence to silence any protest within the camps. Last year, the Polisario has imposed a curfew in the camps to quell a protest that was going to be staged by the disenchanted population held in inhumane living conditions in Southwestern Algeria.

The Algerian army has on multiple occasions fired at any Sahrawi attempting to leave the camps. In March 2018, Algerian soldiers fired without warning at a car outside the Tindouf camps, killing Kari Mohamed Ali El Ouali and his friend Ahmed Lebouiya Sahraoui.

The protest movements denounce the authoritarian nature of the Polisario militias, which is fed by an obsolete ideology of the one-state party mixed with tribal despotism.

North Africa Post's news desk is composed of journalists and editors, who are constantly working to provide new and accurate stories to NAP readers.
NEWER POSTEgypt has not, shall not recognize what is called the Polisario – Ambassador
OLDER POSTSahara: New Draft Resolution Does not Include Human Rights Monitoring